Former President Barack Obama got into the Thanksgiving spirit earlier this week, when he surprised a group of Chicago food bank volunteers packaging meals for needy families.

“They do great work,” Obama, who hails from Chicago, said in the video, “making sure that those who aren’t as fortunate are able to enjoy the kind of Thanksgiving meal that so many of us take for granted.”

“Wherever you are in the country, I’m sure there is an organization like this one doing some really great work,” Obama said. “Make sure that you give them some support as we go into the holiday season.”

The Greater Chicago Food Depository is a part of Feeding America, the U.S.’s largest food bank network. Feeding America has over 200 locations around the country, and has a service to help find your local food bank. They feed 46 million people at risk of hunger, equating to 4.3 billion meals each year, according to their website.

Nearly 13% of Americans are “food insecure” — meaning they have a lack of access to enough food for a healthy lifestyle. Not all of these people are covered by social security programs, making food banks a crucial source of aid.

Obama also posted a personal message of thanks to his own Twitter account. “I am grateful for the next generation of leaders,” he wrote. “The young people who are tolerant, creative, idealistic and doing the work to create the world as it should be. Who understand that hope requires action. From the Obama family to yours, Happy Thanksgiving.”

At the end of the video, Obama signs a wall in the building, adding “Hope requires action.” 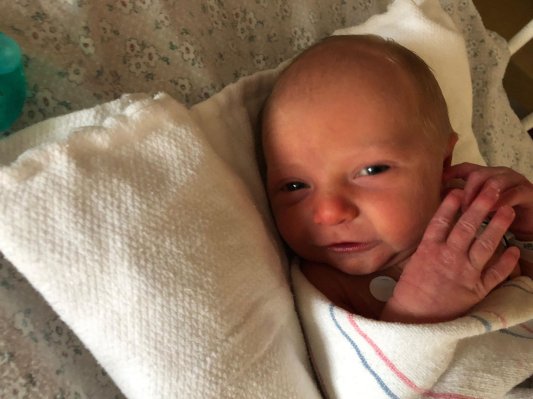 A Mother's Gratitude After Escaping the Camp Fire with a Newborn
Next Up: Editor's Pick