The Chinese uproar over Dolce & Gabbana’s controversial ad campaign raged on as thousands of products from the Italian luxury fashion house were removed from China’s biggest shopping websites and calls to boycott the brand gained traction.

The high-fashion brand faces a growing storm in China after a video campaign it made was criticized as racist and insensitive, and incendiary messages from co-founder Stefano Gabbana’s Instagram account went viral.

Cross-border e-commerce site Yangmatou said late Wednesday night that it had taken 58,000 D&G products off its site, saying that “the motherland is more important than anything else.” On Internet giant Alibaba Group Holding Ltd.’s Tmall shopping portal, a search for D&G in both English and Chinese returned no results. Searches on popular shopping sites JD.com and NetEase’s Kaola also returned no results for D&G items.

Dolce & Gabbana’s trouble comes at a time when global luxury brands are increasingly dependent on China to drive growth. The country’s consumers spent more than $100 billion on high-end purchases last year — almost a third of the global total. Fears that Chinese demand for premium goods was slowing in the face of waning consumer confidence and the ongoing U.S.-China trade war sent jitters across global luxury stocks last month, wiping out some $160 billion in market value.

D&G was forced to postpone a fashion runway show in Shanghai Wednesday hours before it was due to begin as celebrities said they would not attend and models reportedly pulled out. A commentary on the WeChat account of the official People’s Daily said the Ministry of Culture and Tourism issued a cancellation notice for the event. The commentary also included something of a warning: “If one is not willing to understand China, eventually it will lose the China market and the benefits arising from China’s growth.”

The brand is also being deserted by its spokesmen and celebrities in the fallout. Its ambassadors for the Asia Pacific region, singer Karry Wang and actress Dilraba Dilmurat, who is of Uigher ethnicity, ended their contracts with the company. “Crouching Tiger, Hidden Dragon” star Zhang Ziyi said that she would also boycott the brand.

Estelle Chen, a Chinese model who walked in this month’s Victoria’s Secret runway show, posted an Instagram message that supported the scrapping of D&G’s show. “China is rich yes but China is rich in its values, its culture and its people and they won’t spend a penny on a brand that does not respect that,” Chen wrote.

The controversy erupted on Wednesday over an ad campaign featuring videos that Chinese netizens said were offensive and had racist overtones. The clips show a Chinese model in a red, sequined D&G dress struggling to eat Italian dishes like spaghetti and cannoli pastry with a pair of chopsticks.

The clips feature traditional Chinese music and a suggestive voiceover from a male narrator, who asks the actress trying to eat the cannoli: “Is it too big for you?”

They were originally posted this week on Weibo, a Chinese microblogging service, and were deleted after a widespread uproar on social media. The clips could still be viewed on the company’s Instagram account.

The backlash intensified after screenshots of messages sent from co-founder Stefano Gabbana’s Instagram account leaked on the platform, including a message exchange that said the videos were posted “by my will.” Another message complained of a “China Ignorant Dirty Smelling Mafia,” according to a widely shared screenshot. The brand said in social media posts that its account and that of Gabbana had been hacked.

“Our dream was to bring to Shanghai a tribute event dedicated to China which tells our history and vision,” Gabbana and co-founder Domenico Dolce said in an emailed statement earlier about the scandal. “What happened today was very unfortunate not only for us, but also for all the people who worked day and night to bring this event to life.” 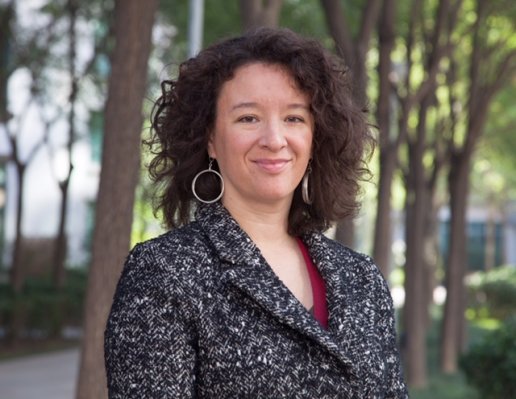 Why the World Should Pay Attention to China's Feminists
Next Up: Editor's Pick