President Donald Trump on Wednesday escalated his criticism of the judiciary, hours after Chief Justice of the United States John Roberts delivered a rare rebuke of the President’s rhetoric about a judge appointed under the Obama administration.

“Sorry Chief Justice John Roberts, but you do indeed have ‘Obama judges,’ and they have a much different point of view than the people who are charged with the safety of our country,” Trump said in tweets Wednesday afternoon.

Trump’s criticism of an “Obama judge” followed a ruling by U.S. District Judge Jon S. Tigar on Monday. Tigar, who was appointed by Obama in 2012, temporarily blocked the Trump Administration from denying asylum to immigrants crossing the southern border illegally.

In a proclamation issued earlier this month, Trump said anyone crossing the southern border illegally would be ineligible for asylum. The order quickly drew legal challenges, as existing law states that anyone is eligible to apply for asylum, even if they enter the country illegally.

“It would be great if the 9th Circuit was indeed an ‘independent judiciary,’ but if it is why are so many opposing view (on Border and Safety) cases filed there, and why are a vast number of those cases overturned,” Trump tweeted Wednesday afternoon. “Please study the numbers, they are shocking. We need protection and security – these rulings are making our country unsafe! Very dangerous and unwise!”

The Ninth Circuit has had a liberal reputation that stems from Jimmy Carter appointing 15 judges to the court during his presidency. But some experts say that reputation is now outdated.

Since Carter’s presidency, the Ninth Court has expanded, but the number of Democratic appointees still exceeds the number of Republican appointees. For that reason, its decisions frequently drew criticism from Republicans, well before Trump.

But Trump has amped up the rhetoric. On Wednesday, he denounced the court’s rulings as a “terrible, costly and dangerous disgrace,” criticizing the Ninth Circuit because of the rate at which its decisions have been reversed by the U.S. Supreme Court. But two other circuit courts, the Sixth Circuit and the 11th Circuit, have higher rates of reversal, according to a PolitiFact analysis in 2017.

Trump has lashed out at decisions by federal judges before, claiming they were politically motivated. But Wednesday’s exchange marked the first time Roberts has publicly critiqued Trump.

“We do not have Obama judges or Trump judges, Bush judges or Clinton judges. What we have is an extraordinary group of dedicated judges doing their level best to do equal right to those appearing before them,” Roberts said in a statement earlier Wednesday. “The independent judiciary is something we should all be thankful for.”

Trump continued the feud into Thanksgiving day, posting two tweets in the morning. “Justice Roberts can say what he wants,” he said, “but the 9th Circuit is a complete & total disaster. It is out of control, has a horrible reputation, is overturned more than any Circuit in the Country.”

He continued: “Judges must not Legislate Security and Safety at the Border, or anywhere else. They know nothing about it and are making our Country unsafe.” 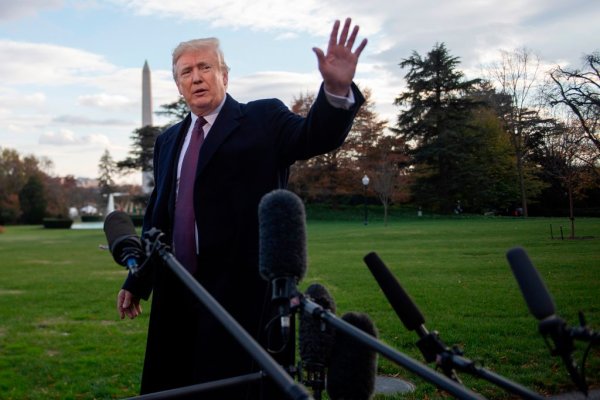 Trump Defends Ivanka's Use of Personal Email Account
Next Up: Editor's Pick