Cindy McCain, the wife of the late Sen. John McCain, said President Trump was not invited to her husband’s funeral because she wanted to keep the ceremony “with dignity.”

“Even though it was a very public funeral, we are still a family,” McCain said in an interview with BBC. “It was important to me that we kept it respectful and calm and not politicize it.”

Although Trump was not present for the funeral, daughter Ivanka Trump attended alongside husband Jared Kushner, as did White House Chief of Staff John Kelly and Defense Secretary Jim Mattis. Former presidents Barack Obama and George W. Bush also both attended the funeral and delivered eulogies.

Trump had a longtime feud with the Arizona Republican, and the tension between them drew national attention during the 2016 Republican presidential primary, when Trump said McCain was not a war hero because he was captured and held for more than five years in a North Vietnamese prison.

“He’s not a war hero,” Trump said at the Family Leadership Summit in 2015. “He was a war hero because he was captured. I like people who weren’t captured.”

Cindy McCain said Trump’s comments were hurtful to her family and other veterans. 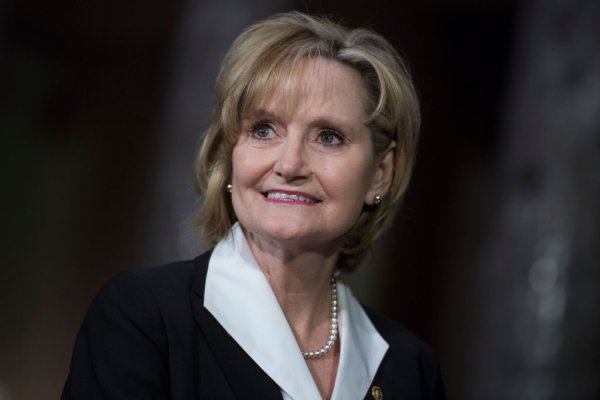 Embattled Sen. Cindy Hyde-Smith Apologizes for 'Public Hanging' Comment, But Says Her Words Were 'Twisted'
Next Up: Editor's Pick