The campus of the University of Maryland. Olivia Paregol attended the school as freshman.
The Washington Post/Getty Images
By Tara Law

A University of Maryland freshman has died after contracting the same strain of adenovirus that killed 11 children in a New Jersey health clinic earlier this fall.

The student, who was identified as 18-year-old Olivia Paregol by her father, died after contracting adenovirus 7, according to WJLA. The school confirmed in a statement that a student died of the virus, but declined to release her name.

The virus is linked to symptoms such as respiratory problems or conjunctivitis, according to the CDC.

“She definitely appeared to be getting sicker and sicker,” Ian Paregol, her father, told WJLA. “It is the worst nightmare a family, or certainly a parent, can have to endure.”

Adenovirus 7 is the same illness that killed 11 children and infected 34 others at a medical facility in New Jersey in October. The disease is part of a group of viruses that can lead to pneumonia or diarrhea.

Olivia Paregol may have been particularly vulnerable to the illness because she suffered from Crohn’s disease, per WJLA. Adenovirus is especially dangerous for people with chronic illnesses and compromised immune systems. The children in the New Jersey facility were reportedly also suffering from other medical conditions.

Ian Paregol faulted the university for failing to test his daughter for the illness, despite knowing that another student had contracted the virus.

“I was told there were two students with the virus when I called to figure out what my daughter had, which means they knew it before my daughter,” Paregol told WJLA.

David McBride, director of the university’s health center, said in a statement that the school had learned of an “isolated case” of a student with a strain of adenovirus on Nov. 1, and that five other students had later been diagnosed. One of the students tested positive for adenovirus 7, McBride stated.

McBride also stated that the school has been taking precautions since Nov. 1 to limit the spread of the illness, including increased cleaning of “high touch” surfaces.

McBride asked students with health problems to be especially vigilant as the illness circulates, and that all students should report experiencing symptoms of adenovirus within 48 hours. 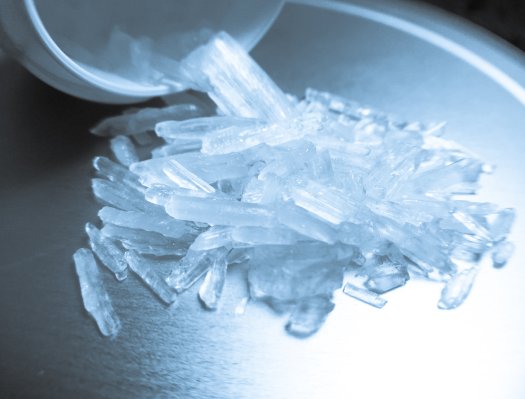 Opioids Are In the Spotlight. But Meth Hospitalizations Are Surging
Next Up: Editor's Pick