In a historic ruling that strikes a chilling blow to women’s rights, a federal judge in Michigan declared unconstitutional the U.S. law against female genital mutilations (FGM), and dropped charges against two doctors for carrying out the procedure on underage girls.

U.S. District Judge Bernard Friedman said Tuesday that Congress lacks the authority to outlaw the procedure, and insisted only states can make such a decision, the Detroit Free Press reports.

“As despicable as [FGM] may be,” Friedman said, Congress “overstepped its bounds” by banning the practice.

The trial was the first federal case to involve FGM, which is common religious practice in some cultures, but is internationally recognized as a human rights violation. The defendants, including three mothers, are all members of the Indian Muslim Dawoodi Bohra community.

Friedman dismissed the main charges against Jumana Nagarwala, a doctor who prosecutors said may have performed the procedure on up to 100 girls. Another doctor who allowed Nagarwala to use his clinic, that doctor’s wife and five others also saw their charges dropped. The doctors continue to face lengthy prison terms on conspiracy charges.

According to the court records, two of the mothers tricked their 7-year-olds into thinking they were going to Detroit for a girls’ trip. Instead, they had their genitals cut.

FGM typically involves cutting or even wholly removing the clitoris. The World Health Organization calls it “a violation of the human rights of girls and women” that “has no health benefits.”

In 2012, the U.N. General Assembly passed a resolution to ban the practice, which affects an estimated 200 million women and girls worldwide. It has also been outlawed in more than 30 countries, including the U.S., which passed a law in 1996 criminalizing FGM with a 5-year prison term.

Twenty-seven states separately passed similar measures, including Michigan in 2017. But the defendants in this case are not retroactively subject to the new law.

A spokesperson for the U.S. attorney in Detroit said the government would review the ruling before deciding whether to appeal.

Michigan State Senator Margaret O’Brien, who backed the state ban on FGM, said she was “appalled” by Tuesday’s ruling.

Yasmeen Hassan, executive global director for gender rights group Equality Now, warned the ruling sends the message to women and girls that “you are not important.” 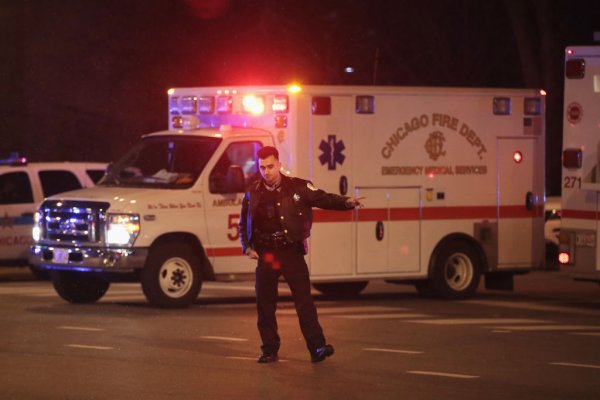 Suspected Chicago Mercy Hospital Gunman Had a History of Making Threats
Next Up: Editor's Pick