Bangladeshi Photographer Shahidul Alam Has Been Released From Detention

Bangladeshi photographer and political activist Shahidul Alam was released from prison late Tuesday after spending more than 100 days in detention in a case denounced around the world as an assault on free speech.

Alam was freed late Tuesday after being granted bail by Bangladesh’s high court last week, Agence France-Presse reports. But the internationally renowned photojournalist’s release was delayed after the prosecution appealed. Alam had previously applied for bail four times, according to AFP, and alleged he was beaten in custody. He had been detained since August, when he was arrested for criticizing the government’s use of violence amid widespread student-led protests in Dhaka, Bangladesh’s capital.

“It is a fantastic feeling to be free in a free country, breathing free air. But I hope for freedom for everyone else,” Alam told AFP upon his release.

Alam, 63, still faces up to 14 years in prison on charges of spreading propaganda against the government under Bangladeshi’s International Communication and Technology Act (ICT), a law that rights groups have decried as “draconian”. The measure has been used to persecute journalists and repress government critics.

Read more: What the Arrest of Photographer Shahidul Alam Means for Press Freedom in Bangladesh

Alam was arrested in retaliation for statements he made on Facebook and in an interview with Al-Jazeera during student-led mass protests that roiled Dhaka for two weeks.

The Bangladeshi government “thought that fear and repression would be enough but you cannot tame an entire nation in this manner,” Alam told Al Jazeera. The same day, he was detained by plainclothes police. His arrest drew widespread condemnation around the world, including from the United Nations, and intellectuals and authors like Noam Chomsky, Naomi Klein and Arundhati Roy.

Amnesty International called on Bangladesh to drop charges against Alam on Tuesday and “uphold its international commitments to protect the right to freedom of expression,” according to AFP.

The group also criticized Bangladeshi’s new Digital Security Act, intended to replace the ICT, as a potentially even broader “attack on freedom of expression.” The ICT had been used to arrest over 1,200 people, most under the same section that was used to justify Alam’s detention, according to Amnesty.

“Instead of breaking with the past…this draconian new law threatens to be even more repressive,” Amnesty’s deputy South Asia director Dinushika Dissanayake said. 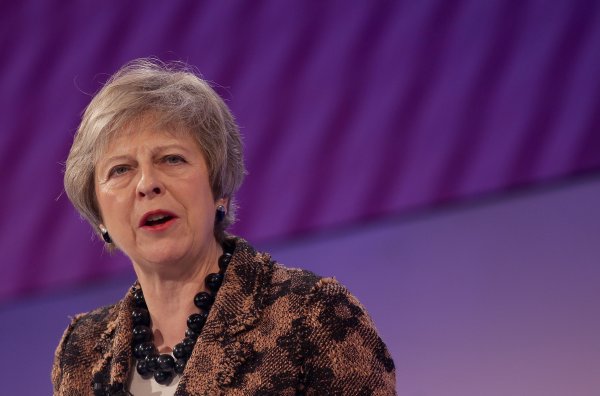 The Quick Read on the Ongoing Brexit Chaos and Theresa May's Future
Next Up: Editor's Pick