The 10 Smartest Sustainable Products of 2018

As eco-conscious consumers increasingly look for products that can help them reduce their carbon footprint and deal with other environmental hazards, inventors and manufacturers are responding in kind. Here’s a look at some of the smartest sustainable products of the year, from greener shoes to smarter thermostats. (Of course, some would say the most sustainable approach would be to use or reuse the products you already have.)

The global footwear industry has a big carbon footprint, as companies burn energy manufacturing and transporting their product and use petroleum to make components like rubber soles. AllBirds wants to flip the script with its new Sweetfoam flip-flop, a sandal made from sugar cane. That material is carbon-negative, which means that it actually takes carbon out of the atmosphere rather than emitting it. AllBirds plans to soon use Sweetfoam in other footwear as well.

The animal agriculture industry is responsible for around 15% of the world’s greenhouse gas emissions, according to a U.N. estimate, thanks to the immense resources required to raise and feed animals. The JUST Egg cuts down on those emissions with a vegan egg replacement product made from a plant called mung bean. Cooked right, it tastes pretty close to the real thing.

Pineapple leaves, banana tree trunks and sugar cane bark don’t have much value as food, and are thus typically discarded. But the brains behind Agraloop are taking this organic plant material and turning it into raw materials for clothing. The resulting garments look normal, but they have less of an environmental impact than typical garments.

Americans use billions of plastic water bottles every year, most of which end up in a landfill. The LARQ bottle is like many of the reusable bottle alternatives, but with one big standout feature: Using UV light, it cleans both water kept inside the bottle, and the inside surface of the bottle itself. That’s a huge plus for people who want a sustainable water bottle alternative that doesn’t require constant scrubbing to keep water tasting great.

The environmental costs of plastic straw use struck a chord in 2018, with companies from Starbucks to American Airlines banning their use. Final Straw provides users with a guilt-free way to sip their drinks with a reusable metallic straw that folds up and can be stored on a keychain. The company includes a drying rack and specialized squeegee to help users keep it clean.

The sharable electric scooters that took cities across America by storm this year promise to serve as a more eco-friendly way for city dwellers to quickly get from A to B. As urban planners and policymakers look for alternatives to automobiles in crowded downtown areas, they present a promising solution.

The thinkers behind Yappah chips, a product funded by food giant Tyson Foods, are working to turn would-be food scraps into something nutritious and appetizing. Yappah’s makers combine scrap material from chicken tenders with leftover grain from beer-brewing to produce a protein chip. It’s a welcome step towards a smarter use of resources as Americans waste around 150,000 tons of food a day.

Water heaters are typically one of the most power-hungry appliances in a house; the MODEL 3 electric water heater is designed to be more efficient and cut the appliance’s energy use by up to 40%, the company says. It also wastes a lot less water, a big plus in the many places across the planet suffering from droughts.

This Indian startup is capturing the dirty pollutant known as particulate matter from diesel engines and turning it into ink. Dell has already begun buying Chakr’s ink to print text on boxes, a small step towards reducing the millions of annual deaths that result from particulate matter pollution.

The original version of this story misstated the name of the company behind the Just EGG. It is Just, not Hampton Creek. 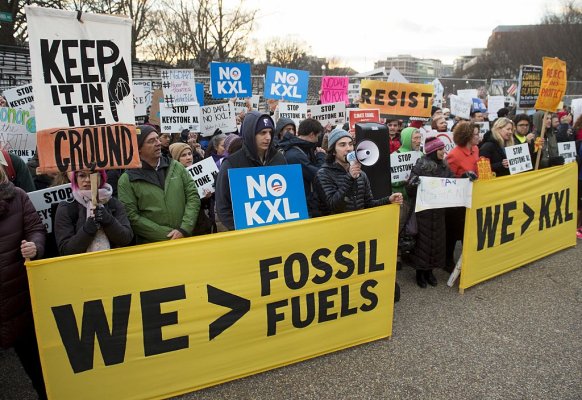