A dead sperm whale that washed ashore in eastern Indonesia had nearly 6 kilograms (about 13 pounds) of plastic waste in its stomach, park officials say.

Rescuers in Indonesia were alerted to the scene late Monday after learning from local environmentalists that villagers had surrounded the dead whale and were beginning to butcher the rotting carcass, Santoso said.

“Although we have not been able to deduce the cause of death, the facts that we see are truly awful,” said Dwi Suprapti, a marine species conservation coordinator at WWF Indonesia.

She said that the animal’s advanced state of decay made it hard to determine whether the plastic had caused the whale’s death.

In June, a pilot whale that washed ashore in southern Thailand was found to have 8 kilograms of waste, including more than 80 plastic bags, in its body.

Indonesia is second only to China when it comes to dumping plastic waste into the world’s oceans, according to a study published in the journal Science in January. According to Greenpeace, an estimated 12.7 million tons of plastic end up in earth’s oceans each year. 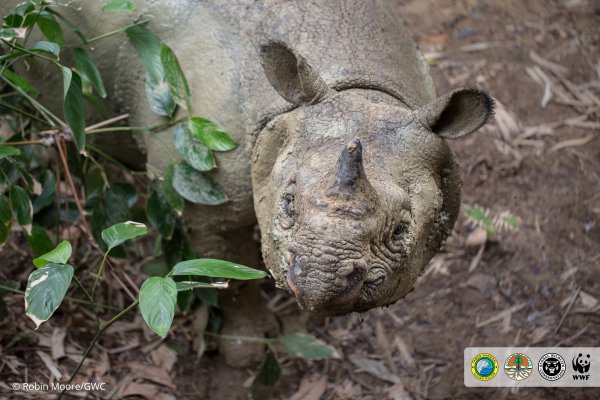 Watch Rare Footage of the World’s Most Endangered Rhino
Next Up: Editor's Pick