NASA's InSight Probe Just Landed on Mars. Here's What It's Doing There

Humanity may be years away from setting foot on Mars, but the Red Planet is turning into something of a monument park for our species all the same. Rovers and landers—some still operating, some having completed their functional life—dot the surface, and orbiters cross the skies overhead. On November 26 at 2:47 PM EST, one more machine joined the growing fleet, and it will be less concerned with what happens on or above Mars and more with what goes on within it.

Launched last May on a 270-million mile arcing trajectory to Mars, the new addition to the Martian family is known as the Mars InSight lander. The name is another in a series of decidedly labored but nonetheless illuminating acronyms for NASA spacecraft—in this case standing for “Interior exploration using Seismic Investigations, Geodesy and Heat Transport.” (The selective capitalizations are, in fairness, a step up from 2004’s Mercury MESSENGER mission, which stood for MErcury Surface Space ENvironment, GEochemistry and Ranging mission. Really.)

Still, the clumsy name belies a nimble ship. InSight weighs just 1,530 lbs., including fuel and the protective aeroshell designed to help it survive the plunge through Mars’s tenuous atmosphere. It measures just 33 to 43 inches tall, depending on how far its three spindly legs compress after landing. The main body of the spacecraft is just 5 ft. wide, without its solar panels deployed. But NASA engineers have packed a lot of science into that comparatively small package.

The spacecraft is equipped with a seismometer that relies on half a dozen different sensors to measure planetary perturbations in a range of frequencies; a movement and wobble sensor that detects anomalies in Mars’s rotation; and, most significantly, a deep thermal probe, which a robotic arm will hammer up to 16 ft. into the surface of the planet, far deeper than any spacecraft has dug before. What’s more, InSight isn’t traveling alone. Trailing behind on its eight-month journey to Mars have been two briefcase-sized CubeSats, deployed by the same rocket that launched InSight itself. Mostly proof-of-concept technology, they are intended to test the practicality of such mini-ships on deep space missions. While they are not essential to the overall mission, if they function as they should, they will help radio back data from InSight as it descends and lands before they sail past Mars and off into space.

As with all Mars missions, the landing was the most harrowing part, with the spacecraft relying on aerobraking, a parachute system and rocket engines to touch down softly on the surface. The landing site itself, at least, will present few challenges. The most interesting parts of Mars, geologically speaking, are its most hazardous ones—areas with craters or mountains or canyons, and other landers have gone there. But InSight’s instruments can gather solid data no matter where they are on the surface, so the spacecraft aimed for Elysium Planitia, a wide plain just north of the equator that NASA has dubbed “the biggest parking lot on Mars.”

It is to NASA’s credit that its map of the landing site includes the location of Martian landers that have come before—Viking 1, Viking 2, Pathfinder, Spirit, Opportunity, Phoenix, Curiosity. At present, Curiosity is still at work; Opportunity may be, though NASA has had no contact with the old rover since last June. InSight is expected to work for at least two years, after which it too will go silent. Its time on Mars will be comparatively fleeting, but the knowledge it sends home about Earth’s closest planetary kin will endure. 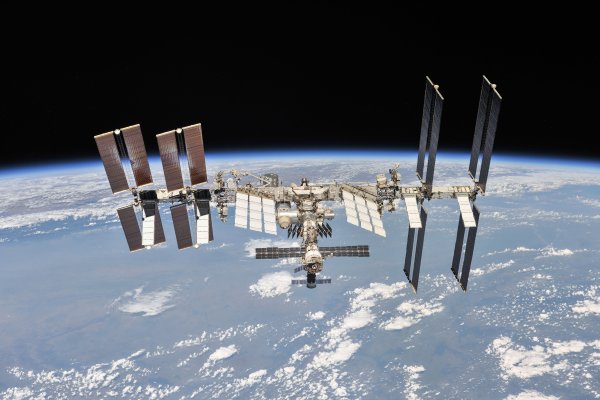 What We Can Learn From 20 Years of the Space Station
Next Up: Editor's Pick