Here's Why People Are Obsessed With Popping Pimples

You know it’s a bad idea to pop your pimples. Dermatologists say so. “If the inflamed or infected material”—i.e., the pimple pus—“is not easily extruded with a little pressure, you could force it deep and spread the extent of the inflammation, and even cause permanent scarring and pitting of the skin,” says Dr. Michael Olding, a dermatologist and chief of plastic surgery at the George Washington University School of Medicine and Health Sciences.

But despite these warnings, many find it hard to resist evicting the unsightly little squatters that set up shop in their skin. One dermatologist, Dr. Sandra Lee, has even made a social media career out of the obsession. As “Dr. Pimple Popper,” she extracts blackheads, whiteheads and cysts in YouTube clips that have garnered tens of millions of views. (This year, she even got her own TV show on TLC.)

Experts say this urge to purge may be closely tied to the human disgust reflex.

“There’s a group of people, and I’m one of them, who are pickers and scratchers,” says Val Curtis, a professor and director of the Environmental Health Group at the London School of Hygiene and Tropical Medicine. Whether it’s a popping a zit, scratching off a scab or fixating on filthy surfaces, “we’re people who are particularly sensitive to external parasites and disgust,” Curtis says. “Even if I see fleas or pimples on other people’s skin, I can’t bear it.”

She says the underlying disgust that leads “pickers” to want to pinch away their pimples or shy away from filth is almost certainly an adaptive trait—meaning it’s something that improved early humans’ odds of survival. “Our ancestors who went around eating rotten food or putting their fingers into other people’s diseased lesions—they’re not our ancestors because they’re extinct,” she says. “Squeamishness is a useful evolutionary adaptation because it keeps us from eating or touching things that could make us sick.”

While all this helps explain why many of us enjoy pinching our own skin blemishes, it doesn’t make much sense of the popular interest in videos of other people’s exploding zits. But here again, experts have several evidence-back theories to explain some people’s seemingly odd fascination.

Human beings are attracted to a whole range of experiences that promote unpleasant emotional or physical reactions, says Carolyn Korsmeyer, a professor of philosophy at the University at Buffalo and author of Savoring Disgust: The Foul and the Fair in Aesthetics. Sad songs, tragic operas and horror films are all examples of things many people love even though they trigger “aversive” feelings, she says.

Add roller coasters and spicy peppers to that list, says Paul Rozin, a professor of psychology at the University of Pennsylvania. During these ostensibly unpleasant experiences, “we get pleasure out of the fact that our body is telling us no, but we know the thing isn’t really harmful,” Rozin explains.

Some of his research on these and other forms of “benign masochism” show that human beings are attracted to a whole range of activities that produce seemingly undesirable emotions or reactions, including disgust. And in most cases, people like to push the boundaries of their negative reactions. Whether it’s a roller coaster or a type of mouth-sweltering pepper, “you go to the worst one you can stand,” Rozin says. “We seem to take pleasure in the mind-over-body aspect of all this.”

Curtis has another explanation for why human beings are attracted to aversive experiences—including watching videos of pimples being popped. “We learn new skills by playing, or by trying stuff out to see how it works,” she says. “When you go on a roller coaster, you’re learning skills about experiencing fear and danger in a safe way. You’re taking your emotions out for a ride and experimenting with them.” In other words, it’s helpful to have some practice dealing with the types of negative emotions life is likely to produce—whether it’s fear, sorrow or disgust. “It’s good training for the real thing,” she says.

Korsmeyer agrees. “There is the testing of oneself,” she says. “How much disgust can I tolerate before its aversive function takes over and I turn away?”

When it comes to those pimple-popping videos, she says, simple curiosity may also play a part. “The human body is full of revolting materials, usually safely hidden away behind the skin,” she says. “But when pus shoots out of a pimple, we get a glimpse of the yucky things that go on inside us.”

It may be strange to think of Dr. Pimple Popper’s videos as the disgust-triggering equivalent of a frightening roller coaster, a spicy chili pepper or a doleful piece of music. But your interest may be the natural (and helpful) product of your brain and body’s desire to prepare itself for future challenges.

You can even cut yourself some slack when it comes to popping your own zits. As long as your pimple is “ripe” and the skin keeping the pus contained seems to be thin and strained, a gentle squeeze can relieve the pressure and drain the zit of inflammation-causing bacteria and debris, Olding says.

“Who hasn’t squeezed a pimple?” the dermatologist jokes. “Does that person exist?” 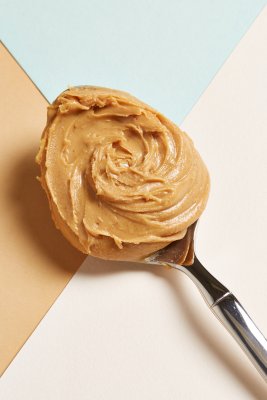 A New Peanut Allergy Drug Could Be a Promising Treatment for Children
Next Up: Editor's Pick