This Is the Best Way to Prevent HIV, Expert Group Says

While there is no vaccine yet to protect against HIV, doctors have an effective drug to prevent HIV infection. After impressive studies overseas and in the U.S., the Food and Drug Administration approved Truvada, a combination of anti-HIV drugs, in 2012 as the first medication that can prevent healthy people from getting infected with HIV by up to 90%.

Now, for the first time, a group of independent experts convened by the government, the U.S. Preventive Services Task Force (USPSTF), is recommending that people at high risk of acquiring HIV infection be prescribed the drug, also known as pre-exposure prophylaxis (PrEP). The group also recommends that all teens and adults ages 15 to 65, as well as pregnant women, be screened for HIV.

The recommendation supports current guidelines by the Centers for Disease Control and Prevention, in place since 2014, which advises doctors to prescribe PrEP to people who are not yet infected with HIV but are at high risk of infection. Yet for years after the drug was approved, lack of awareness of its existence, mistrust of its effectiveness and discomfort by doctors in prescribing it initially contributed to slow uptake.

That may change with the USPSTF advice, which many professional organizations follow. The task force analyzed all the available evidence on the subject, including several large studies looking at specific groups of people at high risk of infection — gay men, transgender women and heterosexual couples in which one partner is HIV positive — that showed PrEP could lower the risk of the healthy partner from becoming infected with HIV by up to 90%.

“There is a decent amount of data looking at different populations of people at high risk of acquiring HIV,” says Dr. John Epling, a professor of family and community medicine at Virginia Tech Carilion School of Medicine and a member of the USPSTF. “We were able to look at the overall effectiveness of PrEP, which if we pooled all the data showed an average of 73% effectiveness and an up to 90% effectiveness in certain groups. If people took their medicine on a regular basis, they did very well to prevent HIV.” The recommendation for PrEP received the highest grade the task force awards for the quality and strength of the evidence.

Truvada is a pill that needs to be taken daily, and compliance is key to its effectiveness. The idea behind PrEP is that people who are not infected with HIV but are at high risk of getting infected start taking the drug so their immune systems are ready to attack the virus if it does appear. Some doctors have not been comfortable prescribing the drug, however, since it requires regular monitoring of their patients for HIV infection and a commitment to remember to take the pill every day.

“A lot of the barriers come from the novelty of it,” says Epling, “and with new things folks are uncertain. The purpose of our recommendation is to begin to break down those barriers.”

He says that prescribing PrEP requires a strong doctor-patient relationship, since there are no hard and fast rules about who should be prescribed the drug. People at high risk of infection include those who have multiple sex partners, gay men, those who have unprotected sex, IV drug users and people who sell sexual services. Doctors need to ask patients about their sexual and drug use history, and gain enough trust from their patients to be assured they are prescribing the drug for the right group of at-risk people.

“It comes down to a discussion,” says Epling, of the advice he would give to primary care physicians who might not be comfortable engaging with their patients about these behaviors. “The more we can get this message out, the more comfortable physicians will be.”

Preventing new HIV infections is also a critical part of a comprehensive strategy in controlling the HIV epidemic. If more people are protected from infection, then fewer people can spread the virus to others.

The recommendations are now available for public comment until Dec. 26, during which time physicians and the public can comment on ways to improve or change the guidelines before they become final. 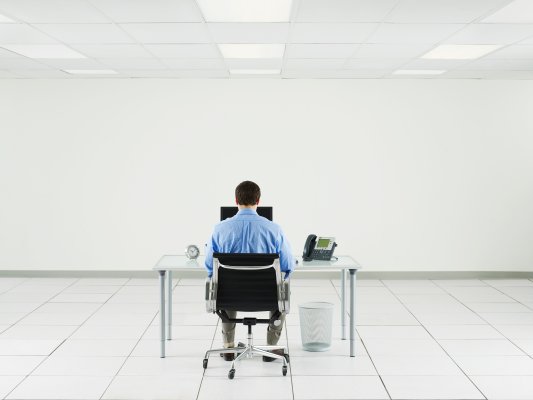 Most Americans Spend Way Too Much Time Sitting Down. Here's How to Avoid Being One of Them
Next Up: Editor's Pick