#RakeNews: People in Finland Mock Trump With Leaf-Raking Photos After He Said the Country 'Rakes the Forest'

People in Finland are having a lot of fun raking leaves on social media after President Donald Trump said residents of the European nation regularly rake its wooded areas to prevent forest fires.

Trump caught some flack after he praised the European country’s alleged method for preventing catastrophic wildfires while he was surveying the damage in Paradise, California on Saturday.

“You gotta take care of the floors. You know the floors of the forest, very important,” Trump said. “I was with the President of Finland. He called it a forest nation and they spent a lot of time on raking and cleaning and doing things and they don’t have any problem.”

The European nation of about 5.5 million people is among one of the world’s most environmentally conscious countries. However, they do not rake their forests to prevent wildfires, according to The New York Times. Instead, the country reportedly relies on an early warning system, aerial surveillance, and a network of forest roads to keep the instances wildfires relatively low.

Furthermore, Finland’s President Sauli Niinistö’s says he doesn’t recall telling Trump his country rakes its forests. Following Trump’s comments, Niinistö says he spoke to Trump on Nov. 11 when they both were in Paris for Armistice Day, and their conversation focused on the California wildfires and the surveillance system Finland uses to monitor forests for fires. He remembered telling Trump “We take care of our forests” but doesn’t remember speaking to him about raking.

Even so, Trump’s leaf-raking comments were fodder for the internet, and Finnish people couldn’t resist the joke opportunity. In response, people in Finland got outside to get raking in big numbers, sharing photos to Twitter to mock the raking remarks with memes.

See some of the jokes tagged with the hashtags “”#RakeNews,” “rake America great again,” “#Haravointi,” which means “raking” in Finnish below.

“We even have raking universities in Finland,” one man cracked.

The original version of this story mischaracterized Finland as a Scandinavian country. It is not. 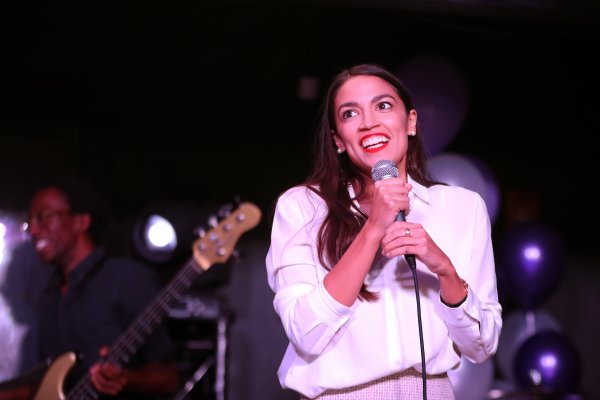 The Internet Silences Guy Who Commented on Alexandria Ocasio-Cortez's Clothing With Very Fun Memes
Next Up: Editor's Pick