For this year’s final episode of Last Week Tonight, John Oliver wanted to answer one of the burning questions of our time: “How good is A Star is Born?” (According to Oliver, “It’s the one movie that even Neil DeGrasse Tyson can’t ruin!”) But instead of dedicating the episode to talking about Bradley Cooper’s directorial debut, Oliver said he felt obligated to discuss the troubling rise of authoritarianism around the world, including in Venezuela, the Philippines, Turkey, Turkmenistan, China, Russia and Brazil.

In Brazil, newly-minted president Jair Bolsonaro is now calling for unity despite previously expressing “an affection for torture and dictatorship.” Yet according to Oliver, it may be too late for Bolsonaro’s redemption. “Political platforms are a bit like Tinder profiles, once you advocate torture it doesn’t really matter what else you say, it’s all people are going to remember.”

Oliver cited a Washington Post article stating that “one-third of the world’s population lives in a backsliding democracy.” To help viewers identify an authoritarian regime, Oliver laid out three habits common amongst despots: 1. Dismantling institutions, 2. demonizing enemies, and 3. displaying force on a grand scale, occasionally with musical numbers. After playing a clip from a Russian military parade, Oliver quipped, “That’s what musicals are like when you don’t allow gay people.”

If you’re wondering who would want a leader like that, the answer turns out to be a lot of people, according to Oliver, including perhaps Americans. To prove his point, Oliver reminded viewers that President Donald Trump likes displays of force, including military parades. He has also expressed admiration for authoritarian leaders around the world, and even retweeted Italian fascist dictator Benito Mussolini (although Oliver notes there’s a good chance Trump thinks Mussolini is a moose eating spaghetti). The President has demonized his enemies, and, according to Oliver, is seemingly trying to dismantle institutions, including the free press.

“The real worry here isn’t just that Trump sounds like an authoritarian, it’s that many people in this country like the way that sounds,” said Oliver. He urged people “to remain vigilant” because “the world is dabbling with something very dangerous right now and America needs to be very careful.” 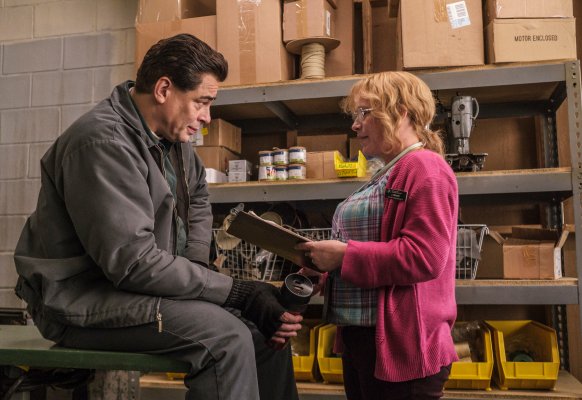 Rural America Is the Real Prison in Showtime's Escape at Dannemora
Next Up: Editor's Pick