Everything You Need to Know About Dumbledore's Family History for Fantastic Beasts: The Crimes of Grindelwald

For many Harry Potter fans, this twist will likely come as a shock. But it becomes even more complicated once you compare it against the timeline that Rowling laid out in Harry Potter and the Deathly Hallows. Let’s check the math of the Dumbledore family tree to see if there’s any way Credence could actually be Dumbledore’s brother—or if this is just another Rowling red herring.

We know that Dumbledore is around 46 years old in Crimes of Grindelwald as Pottermore lists his birth year as 1881 and Crimes takes place just a few months after the December 1926 events of Fantastic Beasts and Where to Find Them. When we meet Credence in Fantastic Beasts and Where to Find Them, he is still living with his foster mother but nearing adulthood. If we assume that he is around 18 years old, that makes his birth year 1908 (give or take a year).

But here’s where things get tricky. When Aberforth, Dumbledore’s only known brother, is relaying the story of their sister Ariana’s death to Harry, Ron and Hermione in the “Missing Mirror” chapter of The Deathly Hallows, he reveals that their father, Percival, was imprisoned in Azkaban, where he later died, in 1891 after attacking three Muggle boys who assaulted Ariana while their mother, Kendra, was accidentally killed by Ariana in 1899.

Although the year of their father’s death is not directly stated, it seems highly unlikely that he fathered another child while imprisoned in Azkaban seeing as he was probably consumed with the whole Dementors feeding on his happiness thing.

However, Rowling has been known to rework the math of the Potterverse. While she originally said in an interview that Dumbledore was around 150 years old when he died, we know from Pottermore that he was actually around 115 years old when Snape fired the killing curse at him on top of Hogwarts’ astronomy tower.

See the Dumbledore family tree below. 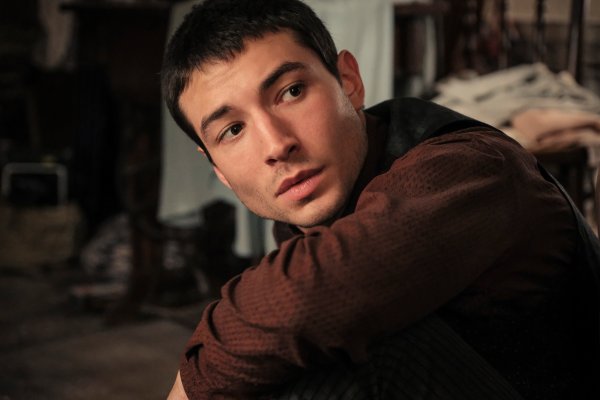 Breaking Down That Shocking Reveal at the End of Fantastic Beasts: The Crimes of Grindelwald
Next Up: Editor's Pick