There aren’t any Greek columns or sprawling green lawns at Northeastern University’s satellite campus in Charlotte, N.C. But the location, on the 11th story of an office building in the middle of the city’s uptown district, is no accident.

Charlotte is among the nation’s 10 fastest growing cities with more than one million people, according to the Census Bureau. And the school is in a neighborhood where economic activity is so hot that office vacancy rates are in the single digits.

That’s how Landon White stumbled across it. The 31-year-old, who works in Charlotte as a project manager for Liberty Mutual, was driving by the uptown campus and saw the Northeastern logo. He’d been feeling the itch to go back to school to “get a competitive edge in my career,” but hadn’t found any suitable programs. White enrolled within four months, and he is on track to get a master’s degree in leadership this summer.

The Charlotte branch of the 116-year-old Boston university is an example of a new phenomenon in U.S. higher education: Rather than waiting for students to come to them, universities are coming to the students, launching money-making satellite graduate programs that generate revenues for the home campus.

Schools have been down a similar road before. In the early to mid 2000s, many American universities enthusiastically added international branch campuses, mostly in the Middle East and in Asia, in the hopes of attracting wealthy students seeking a western education closer to home. The trend reached its peak in 2008, when U.S. universities opened 11 foreign campuses. But many of the ventures failed to meet expectations, and at least 13 international branch campuses run by U.S., Irish, and Australian universities have since closed, according to the Cross-Border Education Research Team at the State University of New York at Albany.

Now, several older American colleges and universities, most of them from slow-growth areas in the East, are opening or expanding domestic campuses in U.S. cities with booming populations and economies, zeroing in on places where there is demand for mid-career education, but not enough supply.

Seeing unfulfilled demand in the Pacific Northwest, Northeastern also established a Seattle campus last year. Emerson College, also in Boston, recently opened a campus in Hollywood, while Bentley University in Waltham, Mass. last year added a branch in San Francisco. And a Bay Area campus of the Wharton School of the University of Pennsylvania — the nation’s oldest business school—established over a decade ago has been doing so well that it was recently expanded by one-third.

Like Charlotte, San Francisco, Seattle and Los Angeles represent high-growth opportunities for higher education at a time when enrollment in the East is declining. San Francisco and Seattle are also among the 20 fastest-growing major U.S. metropolitan areas, census records show, and the Los Angeles area has the nation’s second-highest population, after metropolitan New York.

“It’s a growing phenomenon, and it’s going to continue,” says Matthew Hamill, senior vice president at the National Association of College and University Business Officers. “If your student population is not growing, you’re looking at what you do best and the future of your programs, and opportunities to enter a new market can be extremely beneficial.”

Private corporations expand in this way all the time, Hamill notes. “People think that colleges and universities should somehow be different, and shouldn’t have these instincts.”

If that was ever true, it isn’t any more.

Wharton’s original decision to set up in San Francisco back in 2001 was “a business decision,” says Bernadette Birt, that campus’s chief operating officer. The school anticipated that the growing population of young entrepreneurs in Silicon Valley was a great potential market for graduate business programs. “It was apparent this was the right thing to do, with all these smart, young people who really needed to learn how to run a business,” she says.

Nearly 400 miles down the California coast, Emerson College’s new $85 million, 10-story building on Sunset Boulevard will “announce in a big way that we are in Los Angeles,” Emerson president Lee Pelton says. The hope is that graduate programs in the college’s specialties of communications and the performing arts will appeal to those seeking a way into the entertainment industry.

Just as a corporation might have done, Northeastern spent 18 months conducting market research before deciding to open in Charlotte, says Philly Mantella, senior vice president for enrollment management and student life. She says university administrators “did a lot of listening” to more than 100 Charlotte-based companies to understand the local economy and “the nuances of the portfolio” Northeastern could successfully offer.

In response, the program was built to accommodate working students who needed to attend school part-time — for whom the university discovered there were few options in Charlotte. The average age of the graduate students in Northeastern’s Charlotte program is 37, and more than 90 percent work full-time, so the courses are delivered both online, and, every few weeks, in conventional classrooms.

Everything about those classes is meant to be practical. “I always ask myself, ‘Is what we’re teaching you today helping you in your job tomorrow?’” says Joseph Griffin, who joined the faculty after 12 years as a project manager in his family’s construction business in Lenoir, N.C.

That’s made a big difference for Landon White, who said he couldn’t find another nearby program that offered a similar experience. Sitting in the open space between classrooms that serves as a place to eat lunch, read a book, or just gaze at the still-expanding skyline full of shiny skyscrapers outside the floor-to-ceiling windows, White said that finding the Northeastern Charlotte campus “put me in exactly the position I wanted to be in.” 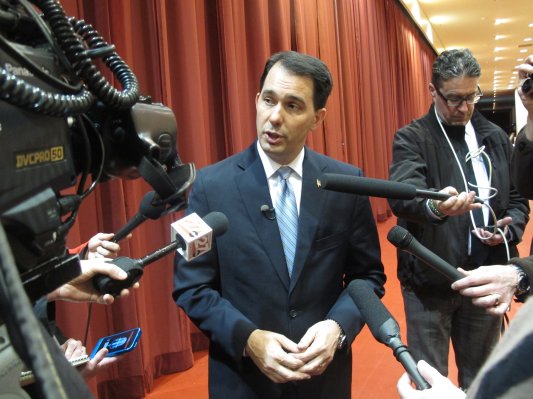