The Lame Duck Session Is a Dangerous Time for Congress. Here's What House Democrats Can Learn From History

After this November’s blue wave crashed on the electoral shore, Congress returned to Washington in the all-American oddity of the lame-duck session, when lawmakers who have lost their posts but retain office go to work on Capitol Hill. But the lame-duck session is more than just strange: it’s dangerous for incoming majorities hoping to keep their campaign promises.

As one political scientist observed in 1933, “defeated Congressmen have frequently been found trouble-makers and mischief-mongers” while they remain in Washington. He had reason to know, having just watched president Herbert Hoover and other defeated Republicans spend their last weeks in office trying to deny Franklin Roosevelt and the new Democratic majority the ability to enact their promised New Deal — and nearly succeeding.

Hoover understood quite well what the New Deal would mean because, as he grumbled, “there is constant promise” from the Democrats of their new policies. Once in office they would borrow money to build dams, roads, bridges and whatever else they could to put Americans to work. They would increase the debt and cause inflation. (Although Roosevelt had declared himself in favor of a balanced budget, he admitted he would do nothing in that direction that would inhibit Depression relief.) During the campaign Hoover warned these policies would “destroy the very foundations of the American system of life,” and said they smelled of the same “fumes of the witch’s caldron which boiled over in Russia.”

The Depression-stricken electorate had ignored him: but now maybe he would save them from themselves. As the journalist and informal Hoover advisor Mark Sullivan wrote of his defeated friend, Hoover, in the time remaining of his presidency, could “almost … dictate the Democratic program.”

Hoover tried several strategies. First, he worked hard if quietly with his Congressional allies to stop any substantial lawmaking. Democrats drafted a farm relief bill to ease the Depression’s effects on agriculture, and also a bill to permit the sale of beer (which would have been a first step in ending Prohibition). If they passed, it would prove Hoover could have acted sooner on both counts. He opposed them, telling an aide their passage would “mean the destruction of the Republican Party.… Our game is to prevent the cloture … and encourage all filibustering.” He succeeded. Observers credited his actions with stopping both bills.

The repudiated president also launched a project to protect his legacy, commissioning aides to write favorable assessments of his presidency and seeking a satisfactorily conservative buyer for the financially troubled Washington Post. (Ultimately, Hoover’s Federal Reserve chief, Eugene Meyer, would purchase the paper.) One of Hoover’s aides wrote a pseudonymous article declaring that “younger Republicans” recognized Hoover as the party’s future. (The aide was almost 50 years old at the time.)

Most importantly, in his last weeks in office Hoover refused to do anything to address the worsening banking crisis. Waves of bank failures had occurred throughout his presidency. This last one began just before the election. Federal Reserve officials and lawyers advised the president that he had the power to close the banks temporarily, providing time for officials to inspect their books and guarantee their safety, thus restoring financial confidence. They pleaded with him to do it. He would not. “I certainly hope the crash won’t come until we go out,” he told an aide. But he had no intention of stopping it for an ungrateful citizenry. “They are dissatisfied with what has been done and turn to other leaders,” he said.

Hoover publicly tried to blame this inaction on Roosevelt, who for his part pointed out he was not yet president. Roosevelt’s aides told people what the new administration would do: declare a bank holiday. Hoover could do it himself. But he would not. He said later he would have acted if only Roosevelt had “cooperated” with him. In truth the president had not offered to work with his successor, instead telling him that “you are the only one” who can stop the panic, and then only by disowning, in Hoover’s own estimation, “ninety percent of the so-called New Deal.”

Roosevelt did not disavow his policies but instead preserved his commitments, and with Congress enacted them on taking office—whereupon recovery from the Depression began immediately and proceeded swiftly.

Not only did FDR refuse to succumb to the president’s rhetorical bullying, he rallied his party behind him. Roosevelt and his aides held informal conferences with fellow Democrats and sympathetic Republicans to agree on the details of bills they would enact once entering office. They developed a plan of action to implement the program on which they had been elected, including farm aid, unemployment relief and a raft of regulations to prevent a Depression recurring. And Roosevelt took to the press to remind voters why they had chosen him and the policies he had pledged, and the leadership he would provide.

Democrats today will need similarly to rally around their cause, to make plans, and to assure voters they will keep their pledges if they are to resist what is already looking like an unfriendly outgoing Republican majority and a president whose rhetorical resistance sounds at least as fierce as Hoover’s.

Eric Rauchway is the author of Winter War: Hoover, Roosevelt, and the First Clash Over the New Deal, available now. 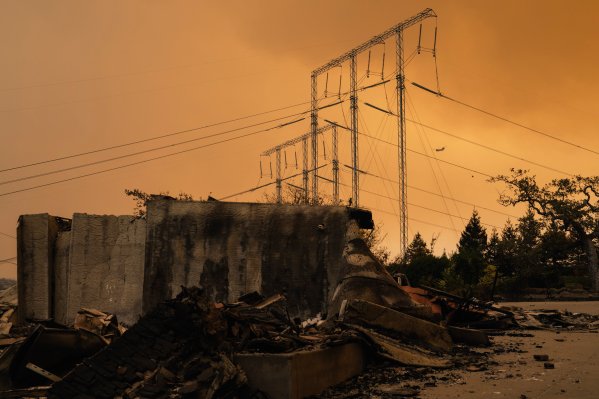