Marc Stokes, who works on Alcatraz in San Francisco, posted side-by-side photos of the view from the island on from the week of Oct. 28 and Nov. 10, two days after a fire started in Butte County, Calif.
Marc Stokes @marcstokes79
By Tara Law

As devastating wildfires continue to cripple the state of California, a pair of viral photos demonstrate how thick smoke from the still-burning Camp Fire is dramatically impacting the landscape in San Francisco, which is located more than 140 miles away from the blaze.

Local resident Marc Stokes showed the before-and-after images in an Instagram post that reveals the stark difference between the skyline two weeks ago and last Saturday. While the photo from a week ago shows a clear view of the city with a pink sunset across a clear sky, the city is nearly hidden behind smoke in the shot from this week.

Stokes, who works for a tour company on Alcatraz Island, said that the air quality in San Francisco has gotten significantly worse since he took the photos. By Tuesday, Stokes said that he was unable to see boats coming in to the island. The island has since closed to visitors, Stokes said.

Stokes said that he has been wearing a N95 mask to cope with the air pollution, but has been experiencing health issues—such as headaches, sore throat, and dry mouth.

“Getting ahold of a mask is nearly impossible,” Stokes said. “The city is nearly sold out.”

The District advises residents, especially children and people with breathing problems, to try and stay indoors and keep doors and windows closed. Many Bay Area schools have closed in response to the air quality conditions, according to local news stations.

San Francisco Mayor London Breed advised community members to stay inside and announced that MUNI, San Francisco’s bus and metro system, will be free during the crisis. 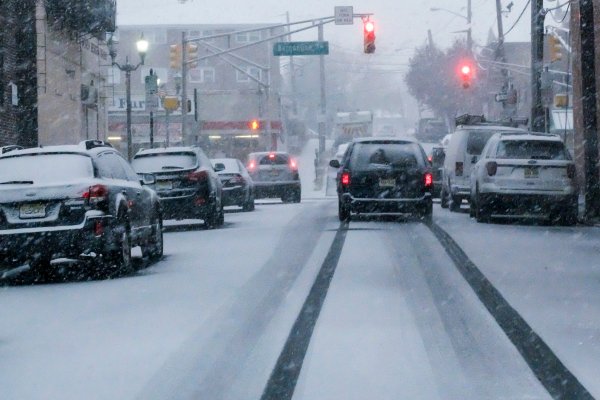