What to Know About Tanzania's Anti-LGBT Crackdown

The World Bank withdrew a $300 million loan to Tanzania on Thursday, in response to a number of controversial laws passed by the national legislature in recent months. As well as clamping down on an existing ban preventing pregnant girls from attending school, Tanzania has made it illegal to question official statistics and cracked down on LGBT rights in a country where homosexuality is already illegal.

Since 2015, Tanzania has been led by President John Magufuli, who came to power promising to clean up corruption and boost the economy. Since then he has embarked on a so-called “morality crusade,” reinforcing discrimination against the LGBT community and women, in particular. Here’s what to know.

What exactly has Tanzania’s government been doing?

In late September, legislators passed amendments to the Statistics Acts that criminalizes the public dissemination of any statistical information contradicting official government figures. Anyone found doing so will face a fine of at least 10 million Tanzanian Shillings ($4,370), at least three years in jail, or both. The World Bank said the changes to the law were “out of line with international standards.”

Magufuli’s line on homosexuality and women’s rights has landed him in particular trouble. Under current law, homosexuality is illegal in Tanzania and a conviction for having “carnal knowledge of any person against the order of nature” (broadly enforced against men having sex with men) can lead to 30 years or more in jail. Homosexuality is outlawed in 34 African countries, largely a holdover from colonial-era laws.

In October, Paul Makonda, the governor of Dar es-Salaam, Tanzania’s most populous city, announced the formation of a surveillance team dedicated to hunting down gay people. In an interview with Dizzim Online, a Tanzanian entertainment group in October, Makonda urged the public to report gay people to the authorities, boasting that he had already received thousands of messages and hundreds of names to investigate. “My ad hoc team will begin to get their hands on them next Monday,” Makonda was quoted as saying by AFP.

On Nov. 3, according to Amnesty International, 10 men were arrested for allegedly participating in a same-sex wedding ceremony on Zanzibar, a semi-autonomous archipelago where gay male sex and lesbianism are illegal.

How have the international community responded?

U.N. High Commissioner for Human Rights Michelle Bachelet expressed alarm over the situation on Nov. 2. “Lesbian, gay, bisexual and transgender people in Tanzania have already been subjected to growing violence, harassment and discrimination over the past two years,” she said in a statement. “This could turn into a witch-hunt and could be interpreted as a license to carry out violence, intimidation, bullying, harassment and discrimination against those perceived to be LGBT.”

The Tanzanian government sought to distance itself from Makonda, announcing in a statement Nov. 4 that he was “only airing his personal views.”

In November, the E.U. also recalled its ambassador to Tanzania a “deterioration of the human rights and rule of law.” In a statement on Nov. 15, the E.U.—a major donor to Tanzania — said it would be conducting a “comprehensive review” of its relations with Tanzania, and that it was “concerned about recent political developments in Tanzania” as well as “the deteriorating situation for LGBTI persons.”

Why did the World Bank cancel its loan?

Although it has been illegal for pregnant girls to attend school in Tanzania since 1961, the law has been enforced far more rigorously under Magufuli. In a speech in 2017, Magufuli declared that “As long as I am president … no pregnant student will be allowed to return to school … After getting pregnant, you are done.”

Women’s rights groups, including FEMNET (the African Women’s Development and Communication Network), were quick to express their anger.

“With all the work we have done to emancipate Africa’s girl-child from the shackles of discrimination and violation, a sitting president turns around to “re-victimize” and treat their situation like a terrible infectious disease which other girls must be protected from,” its head Dinah Musindarwezo said.

Roughly 21% of Tanzanian girls aged 15 to 19 have given birth, according to the Tanzania Bureau of Statistics.

On Thursday, the World Bank said it would not go through with a plan to loan Tanzania $300 million — money that the Washington-based lender had put aside for the country’s education program.

Have other bodies followed suit?

On Thursday, Denmark – Tanzania’s second biggest donor – decided not to send $9.8 million of aid money, citing “unacceptable homophobic comments” from a senior politician (though the politician in question wasn’t named). Danish Development Minister Ulla Tornaes said she was “very concerned” by the comments.

The Tanzanian government has not yet responded. 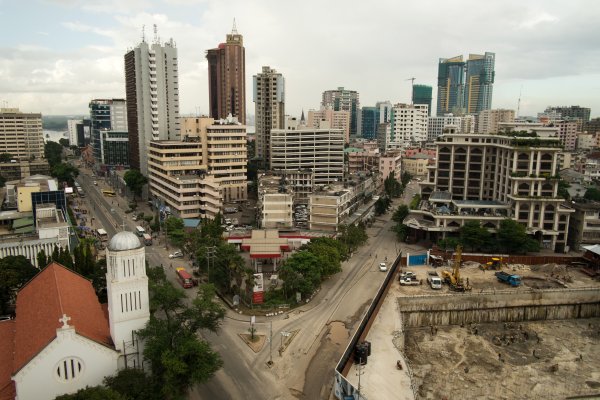