'You Have to Look at the Way She Was Dressed.' Ireland Protests After Lawyer Cites a Thong as Consent

Scores of demonstrators have taken to the streets across Ireland this week to protest after a defense lawyer held up a teenager’s lacy thong in a rape trial to indicate consent, the Guardian reports.

In her closing argument, lawyer Elizabeth O’Connell asked the jury to consider a 17-year-old’s underwear as an indication that she was “open to meeting someone.” Prosecutors said the teen was raped in a muddy ally by a 27-year-old man.

“Does the evidence out-rule the possibility that she was attracted to the defendant and was open to meeting someone and being with someone? You have to look at the way she was dressed. She was wearing a thong with a lace front,” O’Connell said.

The defendant was unanimously acquitted by a jury of eight men and four women at Cork’s Central Criminal Court on November 6.

But the lawyer’s remarks sparked outrage far beyond the trial. Women’s rights activists and others took to social media to protest victim blaming, and posted photos of underwear on Twitter with the hashtags #IBelieveHer and #ThisIsNotConsent. Protests also erupted in Belfast, Cork, Dublin and Limerick with hundreds of women and men calling for a national reckoning over how sexual assault cases are handled.

“We stand in solidarity with survivors of sexual assault who are being grievously failed by our criminal justice system,” Tara Brown of the National Women’s Council of Ireland said Wednesday at a rally in Dublin. “The type of clothes a victim was wearing has no place in our criminal justice system, and it had no place in determining what is consent.”

“We have a responsibility to create a safe system for survivors of sexual assault, and we are repeatedly shown that we are a long way from achieving a victim-centered [prosecution] system,” she added.

On Nov. 13, Ruth Coppinger, a member of the Irish Parliament, held up a thong during a debate to call attention to what she referred to as “rape myths.”

Noeline Blackwell of the Dublin Rape Crisis Centre told the Irish Independent that victim blaming is a rampant problem.

“These kind of mythologies and stereotypes around rape come up again and again in court cases, because the defense to rape is that the sex was consensual. So anything the defendant can do to suggest there was consent will be used,” she said.

Earlier this year, similar protests were ignited by the acquittal of two Irish rugby internationals accused of raping a 21-year-old woman, according to the Guardian. During the proceedings, a 19-year-old woman was cross-examined for eight days and her underwear was circulated in court. The case prompted a review into how Northern Ireland handles sexual offense cases. 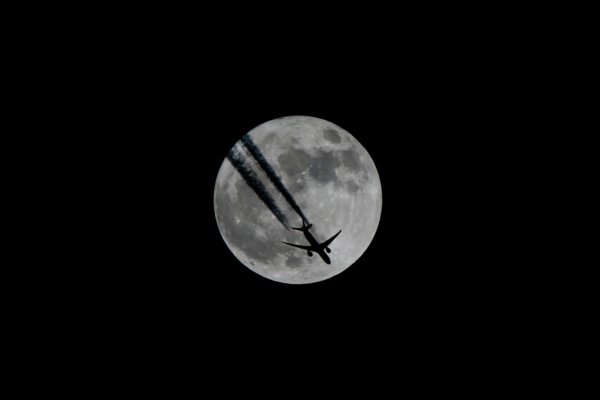 Irish Authorities Are Investigating UFOs Reported By 3 Commercial Pilots on a Single Night
Next Up: Editor's Pick