SpaceX Is About to Launch More Than 7,000 Internet-Beaming Satellites

Elon Musk speaks at a technology summit in Dublin on Oct. 31, 2013. On Nov. 15, 2018 it was announced that the FCC approved for Musk's SpaceX to deploy over 7,000 satellites.
Brian Lawless—AP
By Todd Shields / Bloomberg

Space Exploration Technologies Corp. has two test satellites aloft, and it earlier won permission for a separate set of 4,425 satellites — which like the 7,518 satellites authorized Thursday are designed to provide broadband communications. It has said it plans to begin launches next year.

Space companies riding innovations that include smaller and cheaper satellites — with some just 4 inches long and weighing only 3 pounds — are planning fleets that will fly fast and low, offering communications now commonly handled by larger, more expensive satellites.

Right now there are fewer than 2,000 operating satellites, and the planned additional space traffic demands vigilance, Federal Communications Commission Chairman Ajit Pai said before the agency voted Thursday on a variety of space-related matters including SpaceX’s application, debris rules, and other space matters.

“Even a centimeter-wide object can wreak devastating damage to satellites,” Pai said. He pointed to the 2013 film “Gravity” that portrayed devastating consequences including a spacecraft’s destruction from a debris strike.

The agency on a 4-0 vote advanced rules to require more calculations to demonstrate a planned spacecraft poses a minimal risk of collisions, and to minimize new orbiting debris — for instance, from devices that remain aloft after releasing a satellite.

Read more: Musk Dares to Go Where Others Failed With Space-Based Web

The number of satellites orbiting Earth from all nations stood at 1,886 in August, according to the Union of Concerned Scientists policy group.

“Certain orbits are getting crowded,” Henry Hertzfeld, director of George Washington University’s Space Policy Institute, said in an interview. “It is a problem that’s getting magnified in low Earth orbit by the proliferation” of small satellites.

The FCC gets involved with satellites as part of its role regulating the airwaves that spacecraft use to communicate.

The FCC also approved access to the U.S. market for satellites from Kepler Communications Inc., Telesat Canada and LeoSat MA. 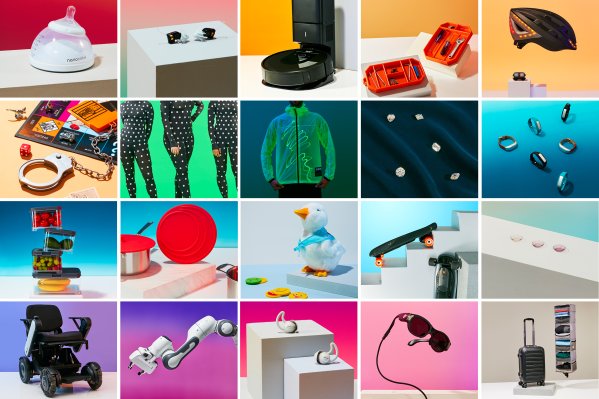