A New Study Says Low-Carb Diets May Help You Lose Weight. But Are Carbs Really So Bad For You?

A new study suggests that low-carb diets may help people keep weight off and even drop extra pounds, adding to the confusion about the health benefits — or detriments — of carbohydrates.

For the study, which was published in The BMJ, researchers put 234 overweight adults on a 10-week weight-loss diet. More than half of them successfully lost about 10% of their body weight during that time. From there, they were then assigned to follow either a low-carb diet (20% of total calories from carbohydrates, 60% from fat), a moderate-carb diet (40% from carbs and fat) or a high-carb diet (60% from carbs, 20% from fat) for 20 weeks. Protein, sugar, saturated fat and sodium were kept fairly constant across diets.

The researchers found that people on low-carb diets burned more than 200 extra calories per day compared to people on high-carb diets, avoiding the reduction in calorie burning that can follow significant weight loss. Over time, the researchers write, that enhanced calorie burn could not only maintain existing weight loss but also help low-carb dieters slim down more than people on other eating plans. They estimated that a person on a low-carb plan could lose about 10% of his body weight over three years simply by reducing his carb consumption — even if his total calorie intake didn’t change.

The findings are compelling, but like all diet research, they’re not without controversy. Existing scientific findings and anecdotal evidence support nearly every amount of carb consumption.

So do you need to swear off bread or not? Here’s what the science says.

There’s a reason dieters flock to low-carb eating plans like the Atkins and ketogenic diets. Plenty of studies and personal experiences find that they can work for weight loss, in some cases even better than low-fat diets. The body breaks down carbohydrates into glucose, triggering the release of insulin and potentially increasing a person’s risk of developing both Type-2 diabetes and obesity — so some researchers believe that cutting back on carbs can result in trimmer waistlines. Some studies have suggested that long-vilified fat, meanwhile, may regulate blood sugar and keep you full throughout the day, helping keep weight in check.

But restricting carbs may not be the best choice for everyone

Low-carb diets do result in rapid weight loss, says Robin Tucker, an assistant professor of food science and human nutrition at Michigan State University. But much of what’s lost is water weight, since the body is forced to draw on its carbohydrate reserves, which are stored with water. That weight often creeps back when a person starts eating starches again, Tucker says. “Most people can’t stay on the diet in the long-term,” Tucker says. “They’re losing the same 10, 15, 20 pounds again and again and again.”

A major study from earlier this year also found that dieters on low-carb and low-fat eating plans had lost roughly the same amount of weight a year later. Different people also succeeded on different diets in the study, suggesting that there’s no universal “best” diet.

The rest of your diet matters, too

Numerous studies have found that the health impact of a restrictive diet largely depends on what replaces the eliminated foods. The people who fare best on low-carb or low-fat diets tend to be those who compensate by eating plenty of fruits, vegetables and plant-based proteins, whereas people who make up for lost calories with snack foods and animal products are less likely to see health benefits. “Diet quality is really more of something to focus on than calories or grams of fat or things like that, and it’s the same thing with carbs,” Tucker says.

An August study, for example, found that people who ate carbs in moderation — drawing about 50% of their daily calories from these foods — had a lower risk of premature death than people on either very high- or low-carb diets. The researchers noted that people on high-carb diets tend to eat lots of low-nutrition refined carbohydrates, such as white bread and snack foods, while people on low-carb diets often over-compensate with meat and dairy, which may increase the risk of heart disease.

Carbs do have health benefits

Carbohydrates are the body’s primary source of energy, which is why endurance athletes “carbo-load” before competitions. When you restrict carbohydrate consumption, your body is forced to find other sources of energy — like fat, which produces compounds called ketones when burned for fuel, giving the ketogenic diet its name. Experts aren’t sure how switches like this affect health in the long-term, Tucker says.

Tucker says she agrees with the federal dietary guidelines’ recommendation that 45 to 65% of daily calories should come from carbohydrates. She recommends “concentrating on fiber-rich sources like whole grains, fruits and vegetables” rather than refined and processed carbs like white bread and crackers. “Those are going to be really good for general health, gut health and weight management,” Tucker says. “As long as you’re making smart choices, I don’t see a reason to limit your carbs for any particular reason.” 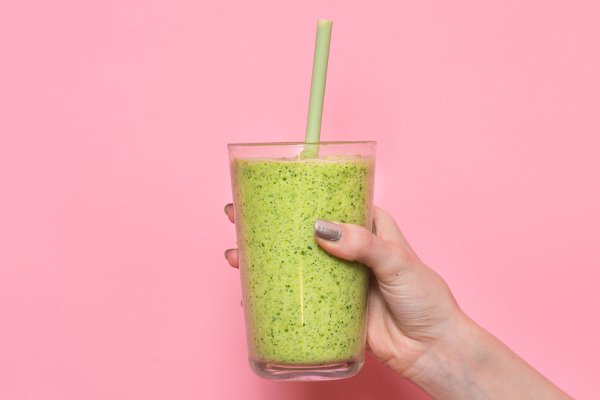 Are Smoothies Healthy? Here’s What the Experts Say
Next Up: Editor's Pick