A memorial for the victims of the Thousand Oaks shooting
Apu Gomes—AFP/Getty Images
Ideas
By John Donohue
Donohue is the C. Wendell and Edith M. Carlsmith Professor of Law at Stanford University.

After a shooting at a bar killed 12 people in Thousand Oaks, Calif., on Nov. 7, the terror of mass shootings was, for some, worsened by a sense of hopelessness. If a state with some of the nation’s strictest gun laws can’t prevent such a tragedy, where can we feel safe? But the story is more complex. And much can still be done.

There are two fundamental approaches to addressing mass shootings, neither of which work perfectly, but both of which could be improved, especially if the public better understands what to demand of its governments.

The first is prevention.

In this realm, Americans most often hear about the need for universal background checks and red-flag laws. Although the vast majority of mass shooters have left a record that would clearly reflect unsuitability for gun possession, this information is often in the hands of relatives and neighbors and even police and prosecutors who have not pursued gun-barring convictions, but not in the relevant databases. Two steps are needed. Increased efforts to ensure that those who act violently and abuse firearms are quickly prosecuted and stripped of their weapons, and those with information relevant to triggering red-flag laws should act with urgency to effectuate those protections. Without these efforts, most mass shooters (including those from the Thousand Oaks bar and the Pittsburgh synagogue) will just appear to be “law-abiding citizens” free to buy and possess their guns legally — until they kill.

Background checks also fail to address the problem of those who descend into a potentially violent tailspin — whether from addiction, PTSD or some other life stressor — sometime after they acquire their weapons. In the rest of the developed world, gun owners must renew their licenses, which protects the public from dangerous individuals by removing their weapons. Any serious investigation into the background of the California shooter — or the Pennsylvania shooter or the man who, in between those massacres, killed two and injured five at a Florida yoga studio — would have uncovered, albeit not a criminal record, but clear patterns of behavior showing they were unworthy of firearm possession. (In April, mental health experts determined that the Thousands Oaks assailant did not qualify for a psychiatric hold, which would have kept him from owning a gun for five years in the state.)

At the same time, we need to address the growing problem of how easily firearms are stolen from homes and — in the growing world of gun-carrying — from cars. Approximately four hundred thousand guns are stolen every year in the United States, keeping criminals stocked with the latest weaponry. At Sandy Hook Elementary School, we saw the deadly consequences when law-abiding citizens do not adequately secure their firearms.

After the Pittsburgh shooting, President Donald Trump indicated that an armed guard could have ended the killing quicker. This is a common belief when it comes to the second approach: limiting the damage once a shooting begins. But while armed security personnel have helped in many instances, the dangers they and responding police face in mass shooting scenarios are considerable — and they too often prove ineffectual. The killer in California took out the security guard with his first shot; he also quickly killed a police sergeant who entered the bar. Indeed, four police officers were shot when they entered the Pittsburgh synagogue in trying to end that massacre, which underscores the danger of facing an AR-15.

Worse still, when a lone gunman rampaged through the Washington Navy Yard in 2013, he was able to continue his deadly spree by killing an armed guard and then using the guard’s weapon after he ran out of his original ammunition.

While the best way to stop shooters is to prevent them from having a gun in the first place, if that cannot be done, the next best thing is to limit the deadliness of their weaponry. Keeping AR-15s away from those who envision mass shootings as their opportunity to achieve some glorious vindication of their perceived grievances is important as is the need to restrict high-capacity magazines, which house large amounts of ammunition that allow shooters to rain destruction on potential victims without interruption.

Unfortunately, in 2017, a federal judge in California stopped the state’s newly adopted complete ban on high-capacity magazines from going into effect, even after conceding that “the existence of high capacity magazines only serves to enhance the killing and injuring potential of a firearm.” The gunman at Thousand Oaks proved him right on the facts — although dead wrong on the law.

Nearly every mass shooting illustrates how large-capacity magazines can increase the death toll. Forcing a shooter to reload more frequently can provide both opportunities for counter-attack, as we saw in the Florida yoga studio, and for escape, as occurred during breaks in shooting in Thousand Oaks. Although California’s laws have limited its rate of mass shootings to half that of a more gun-friendly state like Florida, a more dedicated effort is still needed if we are to adequately address this growing menace. 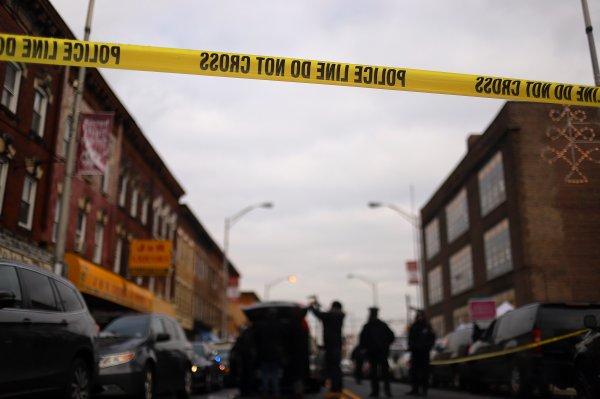