Be careful what you wish—even if what you’re wishing for is something you really, really need. Take, for example, Chile’s Atacama Desert. Widely considered the driest place in the world, it has an average rainfall of as little as 0.04 inches per year and meaningful rainfall of about 1.5 inches (enough to leave short-lived shallow lagoons) only once per century on average. Even that much water has been hard to come by, with climate records suggesting no significant rain has fallen in the past 500 years.

So you’d think it would have been welcome when the desert got two storms, in 2015 and 2017, not to mention a few much smaller rain events in between. The Atacama should—or at least could—have burst to life, with what Cornell University astrobiologist Alberto Fairén called “majestic blooms.” But, according a new paper by Fairén and his colleagues, published in the journal Scientific Reports, what followed was a lot more death than life. That has implications not just on Earth, but on arid planets like Mars.

Though the Atacama is indeed an all-but-sterile place, there are some organisms that manage to scratch out an existence there. At least sixteen microbial species are known to populate the deep soils of long-dry lake beds, using nitrates—a salt form of nitric acid—as food. What exceedingly minimal moisture there is comes from the trace rainfalls as well as what’s known as the altiplanic winter, between December and March, when comparatively damp air drifts in over the Andes Mountains in the east.

The microbes that can parlay those pitiless conditions into life, the authors write, “are exquisitely adapted to the extreme desiccating conditions.” It helps that in addition to being able to get by on so little water, they are also radiation-tolerant, able to survive the intense ultraviolet energy from the sun that bathes the desert.

After the Atacama was bathed by actual, honest-to-goodness water, however, things got rough. Not only did the expected flowers not bloom, but when Fairén and his colleagues investigated the transient, salty lagoons that the rains left behind, they discovered that on average, 12 of the microbial species in the ground below had vanished.

“The extinction event was massive,” Fairén said in a statement accompanying the paper’s release, with up to 87% of all life disappearing in some regions. The cause of the die-off was what is known as “osmotic shock,” when single-celled organisms absorb too much water through their external membranes and burst. If a microbe can drown, this is how it happens. That spells potential bad news for Mars too.

For scientists studying hypothetical life on other worlds, the Atacama has been considered a good analog for the Martian environment. Like the Atacama, Mars was once a very wet place. And like the Atacama too, the planet lost nearly all of its water, though in the case of Mars it vanished into space, while the Atacama dried out due to shifting climate patterns. Mars’s water lasted only for about the first billion of its 4.5 billion years, but that would have been enough for at least microbial life to form. Even when the planet dried out, the hardiest of those microbes might have survived, as they did on the Atacama. The drying on Mars was uneven, however, with occasional local floods as underground aquifers emptied or local channel walls were breached.

“In consequence,” the authors write, “hypothetical local ecosystems … would have been later episodically exposed to even stronger osmotic stresses than those we have reported here for the Atacama microorganisms.” The result: a Martian microbial die-off, too.

Humans visiting Mars could have a similar impact on any life that may still linger there, at least if we try to do the soil a favor by giving it a little water. Indeed, our spacecraft might have already done that. In 1976, the Viking landers used aqueous solutions to test for life in samples of Martian soil, looking for telltale gasses that would signal biologic processes. That may have been a huge mistake. Not only was no conclusive evidence of life found, but, Fairén and his colleagues write, applying water to the cells “would have caused first their osmotic burst, and then the subsequent destruction of the organic molecules.”

There is no proof that that happened—but no proof it didn’t happen either. The search for life on Mars and other worlds will surely go on, and it should. But ecosystems are ecosystems no matter what their home planet is, and if we’ve learned anything at all from the ones here on Earth, it’s that they can be hard to protect, and exceedingly easy to destroy. 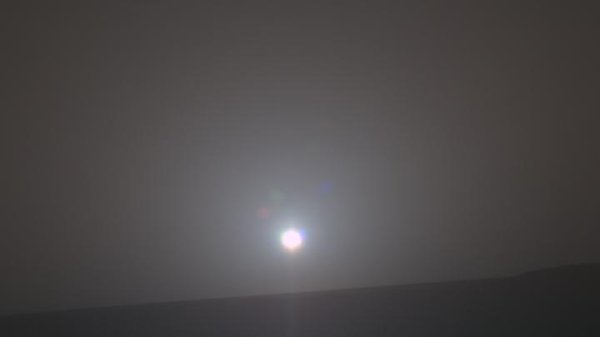 Here's What a Sunrise On Mars 'Sounds' Like
Next Up: Editor's Pick