The U.K. was wracked by political turmoil Thursday, after Prime Minister Theresa May presented lawmakers with the draft of her newly-agreed deal on the terms of Britain’s departure from the Europe Union on Wednesday evening.

A string of high-profile resignation announcements rolled in, including from the minister charged with overseeing Brexit. Some in May’s center-right Conservative Party complained the proposed deal does not go far enough in extricating the country from the E.U.’s regulatory binds. Opposition lawmakers in the center-left Labour party were equally unhappy, with many coming out in support of another referendum on membership of the bloc. May could soon be facing a vote of no confidence, battling to keep her political career alive as well.

Over the past two years, the rest of Europe has watched the fallout from Britain’s 2016 vote to leave the bloc with both a mixture of sympathy and a lack of concern, according to a Reuters Institute study. As Brexit seemed to reach a moment of truth this week, here’s how media across the continent responded.

The editorial board at French daily Le Monde praised May’s “tenacity” in staying on as Prime Minister. “Rarely has a government leader taken so many punches, suffered so many humiliations and faced so many jibes and betrayals. […] She pulled this impossible deal out of her hat.”

But, they warned, lawmakers now face as “sad reality: Britain is going to find itself in a worse position than the one it wanted to get out of.” With the deal maintaining much of the E.U.’s regulatory framework, they said, Britain had failed to “take back control” of their country, as pro-Brexit campaigners had promised. “Unless they want to burn all bridges and put their economy and the union of the kingdom in jeopardy, the Brits will continue to bow to a significant number of European rules, including the customs union, while abandoning their ability to help decide them.”

Perhaps in a veiled dig at recent U.S. foreign diplomacy, Le Monde praised E.U. negotiator Michel Barnier’s civil tone towards Britain. “At a time when public exchanges of invective and threat between world leaders have become a fashion in international relations, his display of European know-how was somewhat reassuring.”

In Spain, El País also sympathized with May “It’s easy to criticize her, but no one else dared to oversee the titanic task of destroying the road the the U.K. has been on for 45 years.”

May’s deal presents keeps the U.K. closely enough aligned to the E.U. that it is unlikely to satisfy Brexit supporters, but pulls far enough away from it to cause significant damage to the U.K.’s economy, they continued. “It’s not hard Brexit, but a weak and anemic one.”

The paper also lamented the impact on the E.U. “A European Union without the British is less European and less unified. We can only fix it by quickly remaking [the links] that are about to be destroyed, particularly in terms of security and defense.”

A columnist for Germany’s Frankfurter Allgemeine had harsh words for Brexit-supporting politicians who weren’t happy with the deal, including just-resigned Brexit minister Dominic Raab.

“He said that the agreement negotiated with the European Union did not meet the promises made to the British people,” columnist Peter Sturm wrote. “The man is right. But that’s because the Brexit supporters made insane promises in the 2016 referendum campaign that they must have known they would never realize. To complain now suggests he has little political maturity.”

Reporters for center-right German paper Die Welt pointed out that Britain’s political divisions meant certainty over Brexit is still far off. “The deal is still at risk,” they said, “Great Britain is facing a serious crisis.”

They warned the 27 other E.U. member states would be reluctant to approve the deal themselves until the U.K. appeared more stable. “Everyone is looking to London. Only when white smoke rises there will the Europeans want to give the go-ahead,” they said. “Because the bitter experience of the past is that an agreement made with May can fall apart at the last moment because of domestic resistance.”

The Irish Times also doubted May’s ability to get the deal approved by her own parliament. “Its passage through the House of Commons looks perilous,” the editorial board wrote. “At least now the process is under way and British prime minister Theresa May has taken the leap.”

But they added that the deal could mean nothing good for their closest neighbor. “[Wherever] this ends up, the U.K. will be worse off and will have less significant clout and influence. But that, unfortunately, is the inevitability of Brexit.” 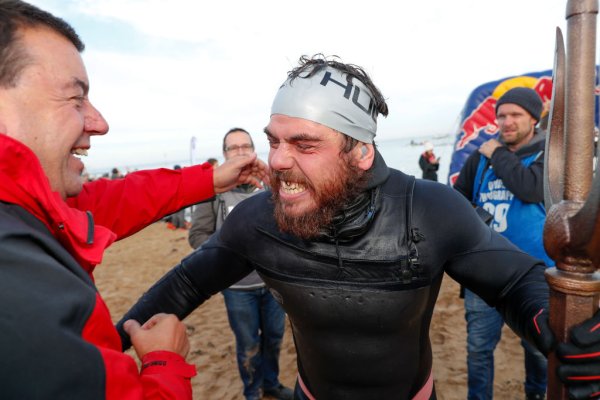