To paraphrase the words of the inimitable Britney Spears, a word like this should wear a warning.

It’s that time of year when dictionary editors around the world sift through the things English speakers have fixated on and settle on a string of letters to sum up the human experience in 2018. Oxford, which chose the hopeful youthquake in 2017, this year decided on the word toxic — as in poisonous, venomous, morally destructive and corrupting.

Oxford’s rubric for making its choice is that the word must sum up the ethos, mood or preoccupations of the preceding months. The word does not need to be newly invented but newly relevant. And toxic is a descriptor, explains Oxford editor Katherine Martin, that touches on “almost all the preoccupations we could think of that have characterized this year … literally and metaphorically.”

Online trolls are toxic. Chemicals are toxic. Even the algae is toxic. “It’s not a fun one,” Martin explains.

In retrospect, people perhaps could have seen this one coming when Oxford chose post-truth in 2016, a prescient selection that summed up the blurring of truth and fiction that continues to create instability in the macro and the micro, like tectonic plates slowly ripping into one another under our feet. (Merriam Webster, which has yet to announce its selection this year, opted for dumpster fire to sum up that particular jaunt around the sun.)

There is a sense, both in the U.S. and the U.K., where Oxford is based, that there has been a radioactive “polarization in our society,” Martin says, “and what people are seeing as an inability to communicate with your neighbors.”

There have, of course, been bright spots in what sometimes felt like a cultural hellscape.

Martin notes that while a youthquake — meaning “a significant cultural, political, or social change arising from the actions or influence of young people” — didn’t end up materializing last year in Commonwealth countries, as Oxford had expected, young people repeatedly took matters into their own hands this year in the U.S. Relentless teenagers in Parkland, Fla., said they had enough when it comes to complacency around mass shootings and violence in America. Young people also organized and voted and rallied in midterms that saw historic turnout.

Most of the lexical items on Oxford’s “short list” are just as dismal as their main pick. Incel, a word describing “a member of an online community of young men who consider themselves unable to attract women sexually,” came to the fore after a fatal van attack in Toronto. Techlash, shorthand for the “strong and widespread negative reaction to the growing power and influence of large technology companies,” reminds us of everything from dispiriting smartphone addiction to the incitement of genocide on social media.

The meaning of gaslighting? Psychological manipulation, often by powerful politicians, that makes people doubt their own sanity and reality. Overtourism? People ruining the world’s most magical places because they’re so keen on bagging another experience. Orbiting? At turns, the internet can feel like it’s home to a bunch of online creepsters.

There is at least one word Oxford selected that reminds us of happier moments. Remember that time that pop icon Ariana Grande complimented her then-fiancee and SNL cast member Pete Davidson for his “BDE,” an acronym that went viral and spun traditional notions of masculinity into new and fascinating territory? That was fun? Right?

It’s a bummer that 2018 was toxic. “But it would be disingenuous,” Martin says, “to pretend this was a sunny year.” 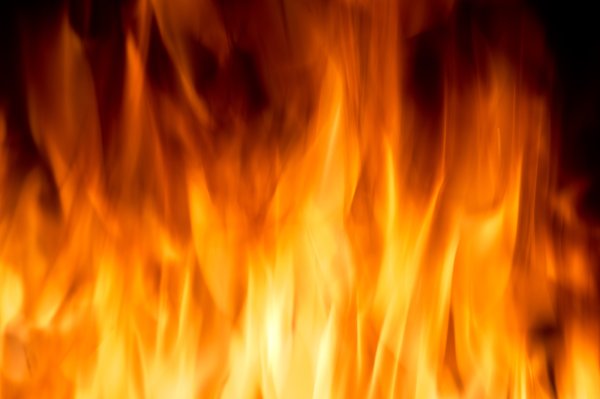 Texas Woman Celebrates Her Divorce By Blowing Up Her Wedding Dress
Next Up: Editor's Pick