A Winter Storm Is Delaying and Canceling Hundreds of Flights. Here's What to Know If You're Flying

An early winter storm is bringing snow and freezing rain to the central and eastern regions of the U.S., causing delays and cancellations of several flights.

Snow or sleet is expected from Pennsylvania to Maine, according to the National Weather Service, and freezing rain is likely in Pennsylvania, Ohio, Virginia and Washington D.C. through Friday night. The storm is also expected to reach southern Missouri and Illinois, bringing snow to St. Louis.

According to Flight Aware’s Misery Map, 30 flights have been canceled and nearly 600 delayed between 8 a.m. and noon Thursday as airports across the eastern U.S. deal with the inclement weather.

Here’s what to know if you’re flying.

United Airlines has issued travel waivers that allow customers to change flights for free if they are traveling between Nov. 15 and Nov. 17 through more than 30 cities in the Northeast, including Boston, New York, Toronto and Philadelphia. See the full list of affected cities and airports here.

Delta will allow passengers to cancel or reschedule plane tickets for free if their travel on Nov. 15 is impacted by the storm. Travelers going through Baltimore, Boston, Harrisburg, Hartford, New York, Newark, Philadelphia and about a half-dozen other cities should rebook tickets by Nov. 18. See all cities and airports here.

Southwest customers traveling through affected cities can rebook their tickets within 14 days of their original date without any additional charges. The airline warned that flights from several cities in the storm’s path may be delayed, diverted or canceled, including in Cincinnati, Louisville, Buffalo, Pittsburgh, Rochester and Portland. See all the cities and airports here.

American airlines will waive ticket change fees for customers planning to travel to or from cities affected by the storm between Nov. 15 and Nov. 16. as long as they can travel before Nov. 20 and don’t change their origin or destination cities. Cities and airports include Washington D.C., New York, Philadelphia, Providence, Boston and several others. See all cities and airports here. 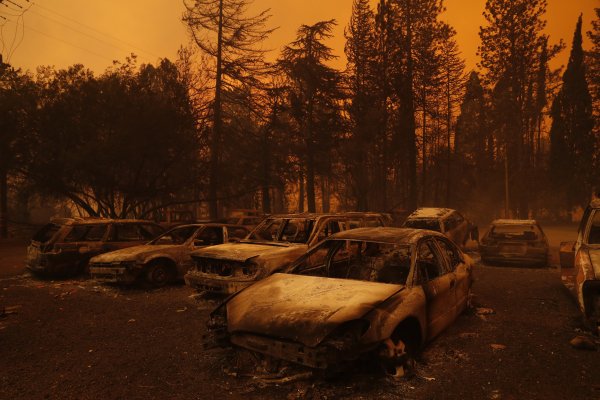 The California Fire That Killed 48 People Is the Deadliest U.S. Wildfire in a Century
Next Up: Editor's Pick