President Trump is once again making baseless allegations about voter fraud, this time saying people are casting additional ballots by changing their clothes and returning to polling places.

Trump made the claims in an interview with Daily Caller on Wednesday, where he also called for Florida’s Broward County Elections Supervisor Brenda Snipes to be fired. Counties in the state, including Broward County, are currently performing a recount in Florida’s gubernatorial and senate races.

“The Republicans don’t win and that’s because of potentially illegal votes,” he said to the Daily Caller. “When people get in line that have absolutely no right to vote and they go around in circles. Sometimes they go to their car, put on a different hat, put on a different shirt, come in and vote again. Nobody takes anything. It’s really a disgrace what’s going on.”

He offered no evidence for his claim.

Trump also advocated for stronger voter ID laws in the interview, claiming that, “If you buy a box of cereal — you have a voter ID.” It’s a false claim he’s made in the past.

“They try to shame everybody by calling them racist, or calling them something, anything they can think of, when you say you want voter ID,” he said. “But voter ID is a very important thing.”

Officials have said the cause for the slow recount in counties like Broward is an unexpectedly high turnout rate and the length of this year’s ballots. Republicans have placed heavy blame on Snipes for the lack of results in Broward County. They have accused her of fraud and called for her resignation.

Trump told the Daily Caller that Snipes is a “disaster” and said she should be removed from office.

Snipes said she is considering not running for re-election in 2020.

“It is time to move on,” she said, according to the Associated Press. She later added, “I’ll check with my family and they’ll tell me what I’m doing.” 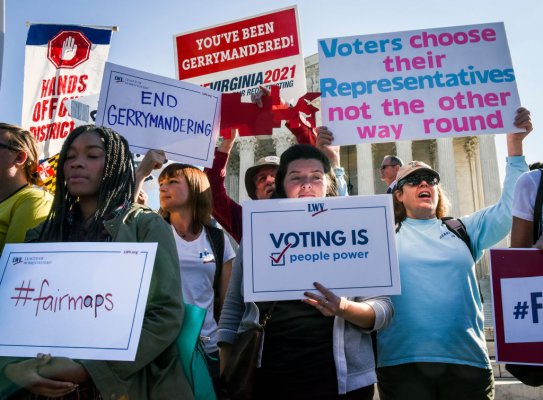 Why the Midterm Results Should Concern You Regardless of Which Party You Support
Next Up: Editor's Pick