In 2018, the winds of change howled, blowing the dust off of shows that history had seemly rendered irrelevant. Superstar storytellers held audiences in thrall, and a wizard grew up and showed some new tricks.

10. Twelfth Night: Shakespeare in the Park

If music be the food of love, play on. This new musical adaptation of Twelfth Night is sheer bliss. A mixture of stellar pros and enthusiastic amateurs enliven the Public Theater’s Public Works Shakespeare in the Park production, with regular folk from all five boroughs joining in the celebration. Music by the splendid Shaina Taub, who is also one of the stars, makes it soar.

9. Harry Potter and the Cursed Child

It’s a best-selling book series, a theme park, a blockbuster movie franchise and now a Broadway smash. And in classic Potter high excess, one evening proves insufficient to probe the psyche of the adult Harry (Jamie Parker) and his troubled son Albus (Sam Clemmett). Cursed Child is spread out over two nights, with a first-night cliffhanger for the ages. The true star of the show is the seamless stagecraft, which leaves the audience gasping in ­wonder — and ­terror — at the magic of it all.

Still electric after all these years. Andrew Garfield is superb in the revival of Tony Kushner’s sprawling political epic about the AIDS ­crisis — and he won a fiercely earned Tony for his performance. Yet Angels is made newly relevant by a sitting President who was tutored early on by the real-life lawyer Roy Cohn (diabolically played in this production by Nathan Lane). It’s a shattering, essential show.

Bill Irwin’s erudite evening on the Irish playwright is like the most entertaining college lecture you ever attended, delivered by a clown. One of the many highlights is Irwin’s riff on the competing pronunciations of Godot.

Billie Piper’s blistering performance as a woman who goes mad and destroys her perfect life because she can’t get pregnant dazzled London, then rocked New York City audiences to the core. Performed in a glass box at the Park Avenue Armory, which has become a home for some of New York’s most challenging theater, the harrowing adaptation of a 1934 play by Federico García Lorca leaves audiences speechless.

For anyone who has attended one of Bruce Springsteen’s three-hour-plus stadium shows, his intimate one-man show on Broadway is a revelation. Drawing heavily from his best-selling memoir, Born to Run, Springsteen illuminates how he transforms the stuff of ordinary life into art without a shred of pretension. The show opened in 2017 and closes on Dec. 15, when Netflix will premiere a filmed version of the show — so fans can see it without paying $800-plus per ticket for front-row seats.

Jackie Sibblies Drury’s Fairview is theater as a punch in the ­stomach — it’s surely one of the most intense, innovative dramas of the year. Told in three identical (sort of) acts, the play subverts and mocks the audience’s racial stereotypes as each act gets weirder and ­weirder — until white audience members are called onstage to switch places with the mostly black cast. It’s a vital production that literally forces viewers to confront the space they take up in society. It should be widely performed.

Jez Butterworth is one of the most gifted playwrights of our time: his 2009 play Jerusalem was a marvel, a singular waterfall of dialogue. The Ferryman has the same intoxicating torrent of ­language — it’s borderline Shakespearean. This show has it all: meaty themes, a first-rate cast, biting humor, Irish jigs and a jaw-­dropping ending.

Edgy, dark and sexy aren’t the qualities you typically associate with Rodgers and Hammerstein’s 1943 musical about life on the prairie. Yet Daniel Fish’s provocative take jolts new life into this oft-musty staple. The painfully relevant production lands at the exact right moment in a country where demonization of immigrants and outsiders is on the rise and mass shootings are an everyday occurrence. (Racks of guns ominously cover an entire wall of the set.) Damon Daunno’s Curly is rock-star sultry, delivering a smoldering rendition of “The Surrey With the Fringe on Top.” Plus, chili and corn bread are served at intermission.

Two-time Pulitzer winner Lynn Nottage turns her journalistic eye to the horrors of the global ivory trade with this story of a legendary bull elephant — played by the remarkable Sahr Ngaujah.

In staged readings in New York and the U.K., the stellar Beckett actor Lisa Dwan collaborated with the great Colm Tóibín for this fierce reimagining of Antigone. Long live the resistance.

Sugar in Our Wounds

This heart-wrenching staging of Donja R. Love’s slavery drama featured a magnificent tree that dominated the ­proceedings — and provided more than just shelter for this gentle queer love story. 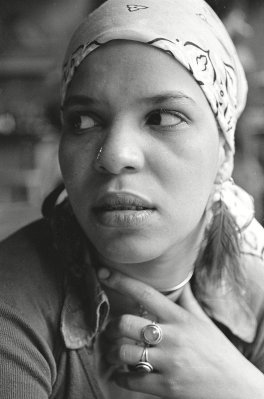