‘I Don’t Want to Go Anywhere Else but Home.’ How Residents Will Rebuild a Paradise Destroyed by Wildfire

Brenda Howell is glad her father isn’t alive to see Paradise, Calf., today. He was the longtime fire chief of the mountain town of 26,000 and always warned it was a “tinderbox” – with wooden houses built along winding roads in a densely forested mountainside.

Northern California’s Camp Fire proved all of his fears were well founded when it ripped through the town last Thursday. The wildfire wiped out 95% of Paradise, killing at least 49 people in town and seven others in the surrounding area. More than 8,000 homes and businesses were destroyed, leaving most of the city a charred ruin.

Howell lost her home and, like many of her neighbors, she didn’t have fire insurance – leaving her with almost nothing. But she’s determined to rebuild.

“This is my home. I don’t want to go anywhere else but home,” Howell says.

As residents of Paradise vow to rebuild the town, community leaders are hoping to build it safer – less prone to catastrophic damage in future fires like the Camp Fire, and with better evacuation routes.

Greg Bolin, Paradise’s vice mayor, says that it will be important to make sure all new homes are built up to California state fire code. Many of the buildings in the town were made of wood and built in the 1960s.

New buildings could be made of flame resistant materials and include tweaks — such as putting venting on the roof to prevent embers from getting inside the attic — to make them safer.

Bolin also hopes to make sure there are no longer trees near buildings.

“This is a town that loves trees. We have to be careful with how many trees we have around our structures,” Bolin says.

William Stewart, a specialist at the University of California-Berkeley’s Center for Forestry, says that building homes up to state fire code could reduce the risk of them being destroyed in a fire by 70%. But properly protecting the town will require the local, the state and the federal government to work together.

Stewart says Paradise will need improvements such as widening the roads to enable evacuations; managing the vegetation on nearby federal land and in the town; and investing in infrastructure.

“If you just focus on one thing, the others will get dropped,” Stewart says of the recovery process. “It’s a multi-pronged problem.”

The cleanup alone promises to be a challenge of historic proportions. Sean Smith, the debris coordinator for the California Office of Emergency Services, says his agency expects this to be the biggest debris cleanup since the 1906 San Francisco earthquake. Initial estimates for the cost of debris removal alone are about $1.2 billion, Smith said.

In this aerial photo, a burned neighborhood is seen in Paradise, California, on November 15, 2018.
Josh Edelson—AFP/Getty Images

Rebuilding without fire insurance will be a challenge for Howell and many of her neighbors. Community members in this situation must depend on charity and government programs such as FEMA’s Individuals and Households Program and loans from the Small Business Administration, according to a FEMA spokesperson.

Despite the destruction, Smith says that given his past experience with fires, he believes most residents of the town will start over and rebuild.

“Folks always come back and rebuild. I have no doubt that these folks will come back,” Smith says.

Eric Lamoureux, who is directing the California Office of Emergency Services’ response to the crisis, says his immediate goal after the fire is extinguished is to get rid of dangerous debris and to get utilities such as electricity and water up and running.

Lamoureux says his office is focused on helping the community to navigate federal bureaucracy in order to receive financial support for the recovery effort. Federal funds will provide for about 75% of the town’s recovery costs, and 75% of the remaining cost will be provided by the state.

Those funds will pay to rebuild streets, public utilities and other public property. Private insurance and individuals will be responsible for rebuilding their homes – unless they can acquire separate grants from charities or the government.

Lamourex says that it is absolutely possible for the community to come back.

“We can make it safe to rebuild there,” Lamoureux says. 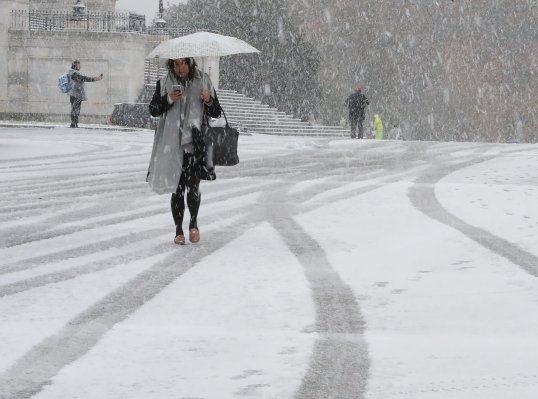 A Winter Storm Is Delaying and Canceling Hundreds of Flights. Here's What to Know If You're Flying
Next Up: Editor's Pick