This year was marked by artist statements — in the form of splashy releases like Cardi B’s debut project, Shawn Mendes’s self-titled work and Robyn’s long-awaited release — that announced the arrival of personalities with strong musical, and emotional, points of view. Led by the voices of women coming into their own—like Janelle Monáe, Mitski, Camila Cabello and Kacey Musgraves—the year’s musical output gave us rich insight into the inner worlds of young stars and maturing acts alike. From Latin-forward rap to searching pop and evolved R&B, these albums showcase artists at the peak of their craft.

“Havana” was the big hit, but the rest of Cabello’s debut solo album is subtler than that, modestly produced yet razor-sharp in its specificity. Creatively unlocked after her split from girl group Fifth Harmony, on Camila, Cabello nails down her own brand of fierce independence.

9. The 1975, A Brief Inquiry Into Online Relationships

The 1975, A Brief Inquiry Into Online Relationships

English pop-rock experimentalists the 1975 don’t limit themselves to one style; they prefer to test new ones, like Auto-Tuned soul, tropical funk and jazzy punk-pop. The band’s third album is a postmodern grab bag of genre innovations, cultural and political references, and even a sweet love song.

“You can have your space, cowboy,” Musgraves sings tenderly on her single “Space Cowboy.” It’s the kind of savagely clever line that’s made her one of country’s most acclaimed artists. Golden Hour, the third album from the Texas-raised singer, is a study in contrasts: aching love letters sit alongside up-tempo numbers like the disco-­infused “High Horse.” But her songwriting is always laser-focused.

Aussie singer-songwriter Sivan started out as a tween YouTube star and was propelled to fame by his confessional videos. On his second album, Bloom, he emerges as a true pop star, sensitive and confident. Drawing from a lush and sparkling sonic palette, he explores coming of age and coming out, crafting a joyful and unapologetically queer body of work.

Eight years after becoming a cult favorite for dance-floor anthems like “Dancing on My Own,” the Swedish pop icon delivered a mature and experimental album that centered her hard-earned wisdom while embracing new sonic ­textures—and once again, she invites listeners to dance along with her.

As Colombia’s biggest superstar, J Balvin has carved out a space in mainstream music on his own terms; he makes no concessions for English speakers, instead serving up a colorful tour of Latin America’s hottest musical trends. On Vibras, his sinuous Spanish raps take center stage, as on the irresistible megahit “Mi Gente.”

At just 20, singer-­songwriter Mendes had already risen from social-media star to platinum performer. But with his self-titled album, he arrived as an artist with something to say. From the urgent pop-rock hit “In My Blood” to the sweet R&B strains of “Lost in Japan,” he balances his expressive tenor against stripped-down beats, touching on anxiety, violence and the challenges of young love in a blend of sensitive balladry and stadium-ready guitar rock.

3. Mitski, Be the Cowboy

Mitski, Be the Cowboy

Isolation, insecurity, imperfection: on her fifth album, indie rocker Mitski is always striving to fix something, and she expresses those desires keenly in bright rock songs like “Nobody” and the haunting “Two Slow Dancers.” No one else sounds like Mitski, but everyone can relate.

Monáe dazzled with her high–concept first two albums, performed in the character of a futuristic android. But on Dirty Computer, she loosens up, exploring the conditions of her identity as a queer black woman. She moves nimbly from singing, in the vivid feminist statement “Pynk,” to rapping, on the fiery, confident single “Django Jane.” It’s fiercely -political—and her best work yet.

With her first album, Bronx rapper Cardi B had a lot to prove: the former dancer and reality-TV star, whose rise to popularity was buoyed by her candid, winning social-media persona, had only one big single under her belt: “Bodak Yellow,” which topped charts in 2017. But Invasion of Privacy delivered—not just on the dark, defensive rap that earned her legions of fans, but also with irresistible hits like the fizzy “I Like It,” which nods at her Latin roots. Cardi’s debut doesn’t just earn her a seat at hip-hop’s table—it marks her as a singular voice. 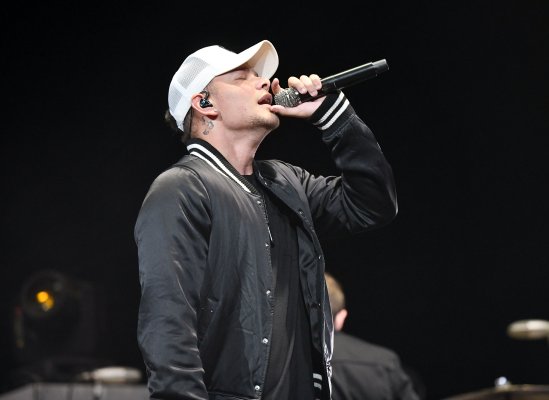