Theresa May Just Cleared Her First U.K. Hurdle to Reaching a Brexit Deal

Britain’s exit from the European Union passed a crucial milestone on Wednesday evening, when after a marathon five-hour negotiation session Theresa May confirmed her cabinet had accepted the Brexit deal she has negotiated with the European Union.

The decision means U.K. parliament will now have to vote on the contents of the agreement, which at the time of May’s address had not been made public.

There was no immediate confirmation of whether any cabinet ministers had resigned over the talks, which divided opinion between pro- and anti-E.U. lawmakers in May’s top team.

“The collective decision of the cabinet was to agree the draft agreement,” May said in a highly anticipated address outside her residence, 10 Downing Street, on Wednesday evening.

“I firmly believe the draft withdrawal agreement was the best that could be negotiated,” May said, adding that she believed the result “is in the best interests of our entire United Kingdom.”

This is a significant victory for May, who many analysts speculated would have to step down as prime minister if her cabinet refused to accept the deal.

But May is not out of the woods yet. U.K. lawmakers will grill her in Parliament on Thursday over the details of the as-yet unpublished deal, a crucial moment when many will decide whether to support it or vote it down.

The opposition Labour Party and May’s coalition partners the Democratic Unionist Party have indicated they will vote against it. A date has not yet been set for the vote.

If the deal is voted down by lawmakers, the U.K.’s political position will be unprecedented and unstable. Many analysts believe that result would lead to a so-called “no-deal Brexit,” with the U.K. crashing out of the E.U. leading to trade tariffs and possible shortages.

The draft deal also has to be agreed by E.U. governments before it can be finalized. That could happen at an emergency E.U. leaders summit at the end of November. 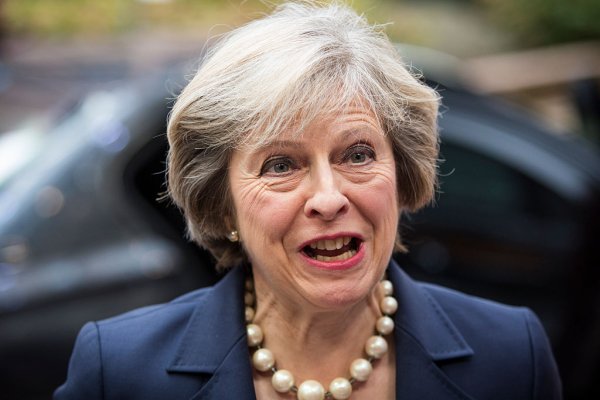 What to Know About the Brexit Deal and What It Means for a Second Referendum
Next Up: Editor's Pick