In a year that felt saturated by mud-slinging political memoirs, a handful of writers broke through to tell deeply personal stories with universal impact. Tara Westover detailed the power and importance of education through her story of escaping her survivalist family in Idaho. Alexander Chee sifted through tales from his past to present golden insights into the way art can shape a life. Nicole Chung delved into her own cross-cultural adoption to unpack our collective strengths and weaknesses when it comes to responding to our differences. These authors, alongside writers of history, business, science and democracy, comprise the best of 2018.

For decades, Harvard professors Levitsky and Ziblatt have studied democratic governments around the globe that succumbed to authoritarianism. Here they apply that expertise to American politics. Today, they assert, democracy’s death is a slow burn, and it’s already under way. Thankfully, they also offer a way out.

Abstract painters Lee Krasner, Elaine de Kooning, Grace Hartigan, Joan Mitchell and Helen Frankenthaler were women who defied the odds, upending the male-­dominated postwar New York City art scene as they rose from downtown lofts and eventually to the Museum of Modern Art. In her vivid history, Gabriel captures both the artists and the cultural battles they fought in all their dynamic facets.

8. All You Can Ever Know, Nicole Chung

Chung, a Korean American raised in a white adoptive family in Oregon, searches for her biological parents as she prepares to become a mother herself — all while laying bare the pain she suffered from being different. Opening readers’ eyes to the complexities of cross-cultural adoption, Chung makes a resounding case for empathy.

Buy now: All You Can Ever Know

In his new work hailed by critics as a definitive biography, slavery scholar Blight employs lively and absorbing prose to capture Douglass’s trajectory from escaped slave to celebrated orator and abolitionist. Drawing on newly accessible archives, Blight paints a remarkably robust picture of an American trailblazer.

The U.S. was built upon the ideals of equality, inalienable rights and the people’s authority. Lepore is as interested in those pillars as she is in the phrase Thomas Jefferson used to describe them, which she borrows for the title of this nearly 1,000-page history. In it, she explores the ways in which the nation has ­succeeded — and often failed — to uphold its foundational values.

5. How to Write an Autobiographical Novel, Alexander Chee

Chee has lived enough lives to fill a bookshelf of memoirs. As a teen, he immersed himself in the culture of Chiapas, Mexico. At the height of the AIDS epidemic, he shielded a bloodied friend during a protest. He married his boyfriend in the wake of Donald Trump’s election. Along the way he became a singular and sincere writer of both fiction and nonfiction. In this collection of essays, he wields experience to probe the intersection of life and art.

Buy now: How to Write an Autobiographical Novel

4. The Order of Time, Carlo Rovelli

The Italian theoretical physicist behind the global best seller Seven Brief Lessons on Physics turns his attention to time: how it works and what we get wrong about it. Rovelli has crafted an accessible, mind-­expanding read that challenges our perceptions of time, space and reality.

Buy now: The Order of Time

Raised in Idaho by survivalist parents, Westover was taught to read but never sent to school. She first entered a classroom at 17 — then, resisting the bounds of the life created for her, earned a Ph.D. in history from Cambridge University. In clear, ringing prose, Westover tells a story of tested family loyalties and hard-won self-­actualization.

The final survivor of the last known ship to carry enslaved people from Africa to the U.S. was 86 when Hurston, then a young anthropologist, interviewed him about his enslavement and eventual freedom. The resulting work, unpublished until half a century after the beloved author’s death, is an urgently empathetic story of persecution and survival.

In 2015, Pulitzer Prize winner Carreyrou broke the news that $9 billion startup Theranos — which promised to revolutionize health care with a new blood-­testing ­method — didn’t have the technology it claimed to have. In this Silicon Valley drama, he opens his reporter’s notebook to deliver a tale of corporate fraud and legal browbeating that reads like a crime thriller. 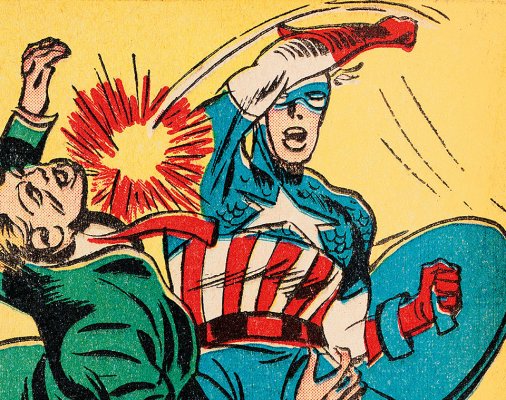 How Stanley Lieber Wrote His First Comics Story and Became 'Stan Lee'
Next Up: Editor's Pick