(Bloomberg) — The Trump Administration defended its decision to revoke the press pass of CNN correspondent Jim Acosta, arguing reporters don’t have a Constitutional right to access the White House.

President Donald Trump’s Justice Department filed a response Wednesday to CNN’s lawsuit hours ahead of a hearing in federal court in Washington, where the network sued Trump and top aides over the decision to pull Acosta’s White House credentials after he clashed with the president at a Nov. 7 news conference.

“No journalist has a First Amendment right to enter the White House,” Justice Department lawyers argued in a 28-page filing, adding the president has broad discretion to decide who gets press passes.

The filing ratchets up the dispute between the news media and Trump, who has repeatedly denigrated reporters who question his actions, focusing his ire on CNN. The network said Trump engaged in an “unabashed attempt to censor the press” by banning Acosta, who has gained notoriety for his aggressive questioning of the president.

In its lawsuit CNN claimed that Trump’s administration violated Acosta’s due process rights by revoking his press credentials without warning and false claims that he placed his hands on a White House intern who tried to take his microphone during the news conference.

CNN’s lawsuit threatens to throw its owner, AT&T Inc., and the Trump administration back in court just months after the two sides squared off before a judge over whether AT&T can buy Time Warner Inc. AT&T won the case, though the Justice Department has appealed the decision. 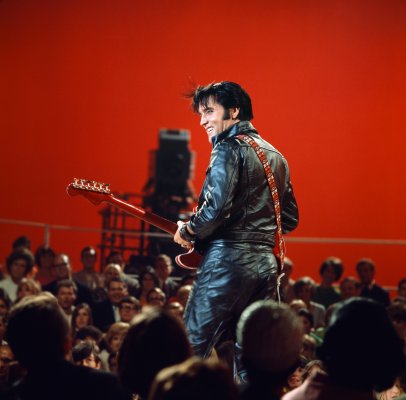 President Trump to Award First Medals of Freedom to People like Elvis Presley and Babe Ruth
Next Up: Editor's Pick