The royal family has released two new portraits to mark the 70th birthday of Prince Charles on Wednesday.

The pair of photos star the birthday boy himself flanked by his wife, the Duchess of Cornwall, and his children and grandchildren.

Snapped by photographer Chris Jackson in the Clarence House garden, the portraits show the A-team – including three future kings – gathered in honor of the big day.

Aptly, everyone in the group appears to be wearing their birthday celebration best – sticking with a navy blue and cream color scheme. The photos capture the personalities of all nine, particularly giggly Prince George and laughing Meghan, the Duchess of Sussex.

Prince Charles was born at Buckingham Palace on November 14, 1948. He is the oldest and longest-serving “heir apparent” (translation: first in line to the throne) in British history.

The bells at Westminster Abbey will be ringing out on Wednesday to mark the milestone birthday. But it’s his party, and he’ll share the spotlight if he wants to. For the big day, Prince Charles will attend a tea party championing 70 inspirational people who also turned 70 this year. After that, the Queen will host a private event for friends, according to the BBC.

Charles has been celebrating up a storm at a number of festivities throughout the year. He was feted with a Garden Party shortly after Prince Harry and Meghan Markle’s royal wedding and a gala concert at Buckingham Palace celebrating his patronage of the arts.

Clarence House also shared a video montage from every decade of his life. 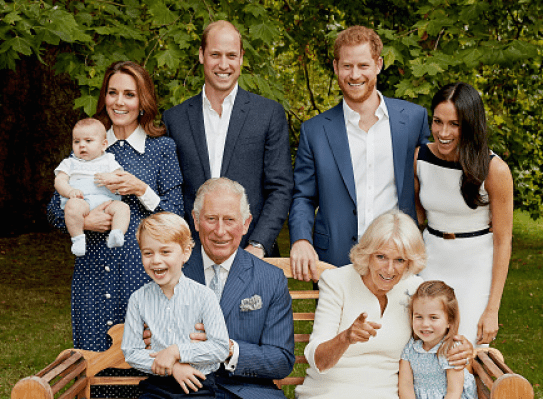 Prince Charles Turns 70 Years Old Today. Here's Why He Has So Many Birthday Celebrations
Next Up: Editor's Pick