It took President Donald Trump three tries before he recognized Hindus in a White House celebration of Diwali on Tuesday.

Earlier in the day, Trump tweeted: “Today, we gathered for Diwali, a holiday observed by Buddhists, Sikhs, and Jains throughout the United States & around the world.” As people online pointed out that he glaringly omitted Hindus — a billion people throughout the world for whom Diwali is a major holiday — the tweet was deleted, only to be replaced by a second one that again left out Hindus.

While Buddhists, Sikhs and Jains do observe Diwali, Hindus are among the largest religious group to celebrate the holiday. More than 2 million people in the U.S. identify as Hindu, according to Pew, which projects there will be about 2.5 million Hindus by 2020.

In a followup tweet, Trump said it was “my great honor to host a celebration of Diwali, the Hindu Festival of Lights.” 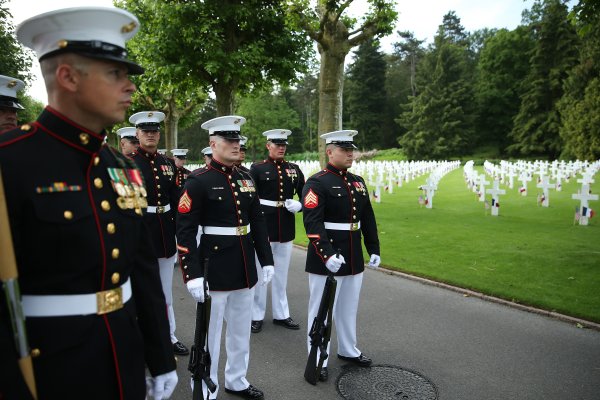 Did the French Army Troll President Trump for Missing a WWI Ceremony Because of Rain?
Next Up: Editor's Pick