Electronic cigarettes and pods by Juul, the nation's largest maker of vaping products, are offered for sale at the Smoke Depot on September 13, 2018 in Chicago, Illinois.
Scott Olson—Getty Images
By Olivia Zaleski / Bloomberg

(Bloomberg) — Juul Labs Inc., the maker of the e-cigarette that is wildly popular with American teens, said it stopped selling its fruit-flavored nicotine pods to stores and shut down its U.S.-based Facebook and Instagram accounts.

The move, which was announced Tuesday by Juul Chief Executive Officer Kevin Burns, follows a campaign from the Food and Drug Administration to curtail underage use of e-cigarettes. On Thursday, an FDA senior official said the agency would restrict sales of many fruity flavored nicotine cartridges used in vaping devices.

The curb is expected to cut Juul’s in-store retail sales by 45 percent, according to a person familiar with Juul’s sales projections. Juul said it will no longer take orders from retailers. However, stores may continue to sell their remaining stock.

Juul will also lose more than 77,000 followers on Instagram and almost 11,000 followers on Facebook. Tobacco- and menthol-flavored Juuls will still be available in retail stores. The flavors mirror what is currently available for combustible cigarettes.

Juul says the company was created to help adult smokers quit. Users suck on a sleek pen-like device to deliver a powerful hit of vaporized nicotine. The company’s discrete design and high nicotine content have made Juul the top-selling e-cigarette in the U.S. This summer, Juul had captured 68 percent of the U.S. e-cigarette market, according to Nielsen data compiled in a Juul investor presentation viewed by Bloomberg. The company’s growth has made Juul a lucrative bet for its few shareholders, which include Tiger Global Management and Fidelity Investments.

Juul’s success has also made it a target of regulators who say the company’s sales are driven by teens, who think sucking on a Juul is cool and fun. The FDA says youth vaping jumped 75 percent in the past year. In 2017, more than 2 million middle and high school students used e-cigarettes, according to government data.

On Tuesday, Burns acknowledged the crisis and said teen use was an unintended consequence. “Our intent was never to have youth use Juul products. But intent is not enough,” Burns said in a statement provided by Juul. “The numbers tell us underage use of e-cigarette products is a problem.” 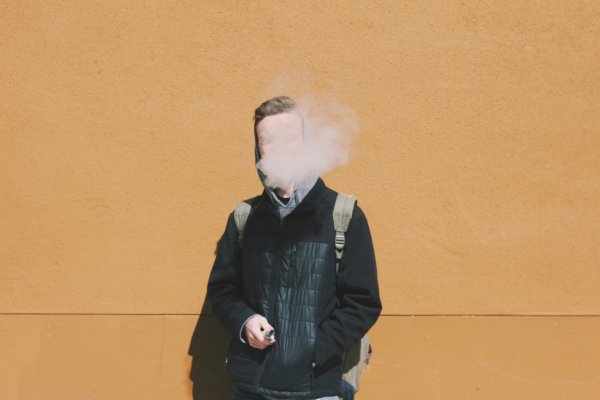 Are E-Cigarettes Safe? Here's What the Science Says
Next Up: Editor's Pick