George W. Bush was still in his first term in the White House and Barack Obama was a member of the Illinois state legislature when the Opportunity rover landed on Mars on January 25, 2004. The spacecraft had an expected minimum lifetime of 90 Martian sols — or Martian days, which, at 24 hours, 39 minutes each, are only a little longer than an Earth day. NASA typically lowballs these estimates in order to help a spacecraft exceed official expectations, and the odds were good that Opportunity would keep working for at least a couple years.

What no one expected was for that couple of years to grow to 15 years. Opportunity currently rests in Endeavour Crater just below the Martian equator, and while NASA lost contact with the ship after a dust storm in June, the agency continues to try to reconnect with it. But if Opportunity is at last lost, it at least left a bit of music behind.

At the 2018 Supercomputing Conference in Dallas on November 13, engineers from England’s University of Exeter unveiled what they dubbed a Martian “soundscape,” a two-minute harmonic composition that captures — or, more precisely, interprets — the sound of a sunrise on Mars. The particular sunrise they chose was a special one, the 5,000th Opportunity witnessed on Mars.

The Exeter engineers began with a picture of the sun hanging low over the Martian horizon, and then began analyzing and processing it a pixel at a time. The picture was scanned left to right, and each pixel was assigned a tone based on its color, brightness and, in the case of pixels making up the image of the ground, its terrain elevation. Brighter spots were assigned higher tones, with the highest of all sounding out when the scan passes the sun.

The technique, known as “data sonification,” serves more of an aesthetic purpose in this case than a practical one. It’s just plain pretty and just plain cool, and that’s more than enough. But it has other applications too.

“Image sonification … can be used in several domains, from studying certain characteristics of planet surfaces and atmospheres, to analyzing weather changes or detecting volcanic eruptions,” said Domenico Vicinanza, one of the developers of the Mars song, in a statement. “In health science, it can provide scientists with new methods to analyze the occurrence of certain shapes and colors, which is particularly useful in image diagnostics.”

Those applications and more may well make valuable contributions to all manner of disciplines. But it’s the Mars song, which could be Opportunity’s valedictory, that might be best remembered. If so, it will be a fitting farewell for a remarkable machine. 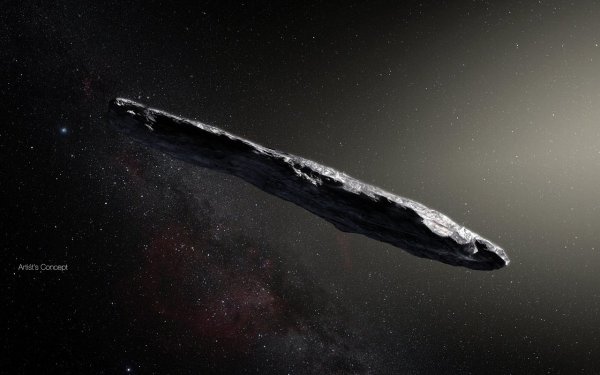 The Truth About the Cigar-Shaped 'Alien Spacecraft'
Next Up: Editor's Pick