Goats are having a moment this holiday season.

Specifically, a goat in the new animated The Grinch movie, which just topped weekend box office sales. In the retelling of the classic Christmastime story, the furry green star goes on a journey into the woods — and encounters a goat on his escapade as an extra “layer of fun,” according to an interview between co-director Scott Mosier and INSIDER. That’s because it isn’t just any goat, but a screaming goat, inspired by the Taylor Swift “I Knew You Were Trouble” remix video that went viral in 2013.

“I wish I could say it was some deep, artistic, creative core, but it was YouTube,” Mosier said.

The screaming goat video was a hit online when the surprisingly anthropomorphic sound of the animal was spliced in to Swift’s song and music video from her 2012 album Red, taking the place of her vocals in the dubstep track’s chorus. Strange, yes, but also strangely effective, the random mashup between human and animal was a popular meme at the time — and has apparently remained top-of-mind enough to make its way into the production process of the Grinch crew while they were developing the gags for the new movie. Just goes to show: the Swift effect has a long reach. 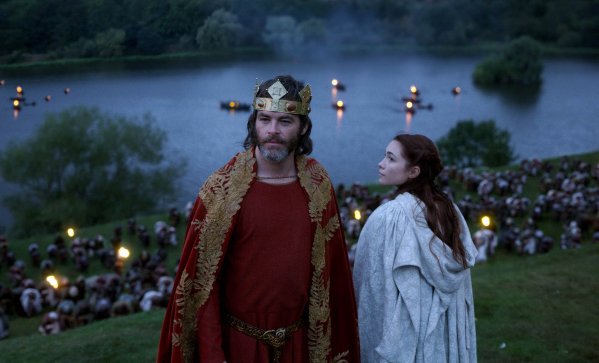 The True Story Behind 'Outlaw King': What to Know About Scottish Independence Hero Robert the Bruce
Next Up: Editor's Pick