Was Gritty the Mascot a Star Write-In During the Midterm Elections?

Universally beloved Philadelphia Flyers mascot Gritty could have a promising political career ahead of him.

According to Camden County’s personal choice election results on their website, the bright orange Gritty popped up as a write-in vote for New Jersey political offices ranging from the boards of education in townships like Cherry Hill and Haddon to Donald Norcross’ seat in Congress representing New Jersey. He also received write-in votes to be the Camden County sheriff. Beyond the Northeast, however, it appears that Gritty and his googly eyes have some national appeal — the Philadelphia Flyers claimed that their hirsute viral mascot received write-in votes in 46 states across the country during the midterm elections for many different offices, according to the jumbotron at Wells Fargo Arena in Philadelphia.

Prior to the elections, a satire account already joked about Gritty ushering in an “orange wave.”

Gritty, 2020? He wouldn’t be the first celebrity to throw his hat into the ring.

See the Philadelphia Flyers proudly support the idea of Gritty as a political figure below. 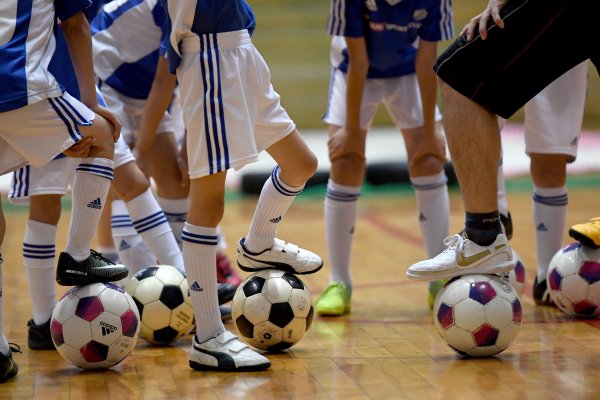 Video Shows Dad Shoving Kid in Hilariously Ruthless Soccer Move Because Victory Is the Only Option
Next Up: Editor's Pick