An Australian Woman Was Charged With Hiding Sewing Needles in Strawberries

A 50-year-old woman was handed seven charges Monday for lacing strawberries with needles in a food scare that has panicked Australia since September, Reuters reports.

Across all six Australian states, nearly 200 complaints were made of sewing needles found in strawberries and other fruits, rocking the $116 million strawberry industry after consumers avoided the fruits at supermarkets. Some growers began dumping the fruits, spawning concern of widespread bankruptcy.

“This has probably been one of the most trying investigations that I’ve been part of,” said Queensland Police Detective Superintendent Jon Wacker, according to Reuters.

The 50-year-old woman is the first suspect to face charges in the episode. While police did not publicly name the suspect, they did say she was a former employee of one of the brands affected by the contamination spree. If guilty, she could face up to 10 years in prison.

Queensland state premier Annastacia Palaszczuk said on Tuesday her government would allocate $722,400 to assist farmers through the remainder of the season. 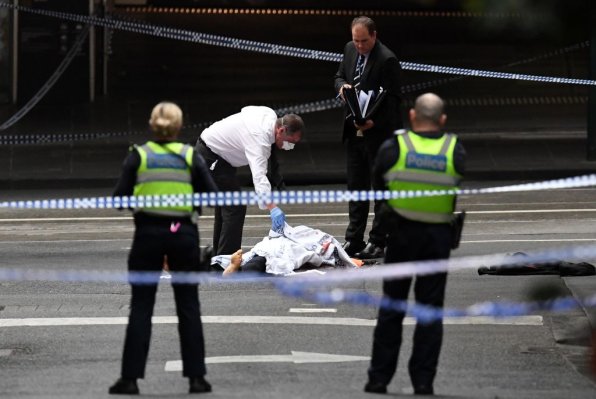 One Dead in Melbourne Stabbing Spree, Police Say
Next Up: Editor's Pick