President Trump threatened to cut federal funding to California over “poor” management as deadly wildfires ravage parts of the state.

On Saturday morning, Trump tweeted his first comments on the wildfires since they began earlier this week, making no mention of the nine confirmed victims. Instead, he criticized forest management and threatening to withhold federal payments to California.

Authorities confirmed nine people have died so far, and 250,000 residents have been evacuated due to what has quickly grown into California’s most destructive fire in at least a century.

On Friday afternoon, Trump approved an emergency declaration for California, allowing for the Department of Homeland Security and FEMA to coordinate on disaster relief, including air support and evacuation assistance. His tweet Saturday morning seems to suggest he may withhold federal assistance for future wildfires.

California Department of Forestry and Fire Protection’s operating budget for 2018 is $2.3 billion. The state agency is responsible for providing wildfire relief throughout most of the state.

It’s not the first time this year Trump has criticized the handling of wildfires by state officials. In August, he tweeted that the Mendocino Complex Fire wildfire was being made worse by bad environmental laws that did not allow available water to be properly utilized. 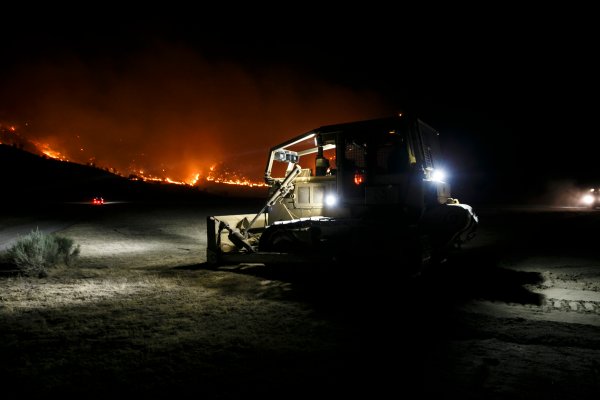 He Almost Died Doing One of the Riskiest Jobs in Firefighting. Inside the Lives of California's Wildfire Bulldozer Operators
Next Up: Editor's Pick