11 Behind-the-Scenes Secrets From the Fantastic Beasts: The Crimes of Grindelwald Set

What’s it like to hang out with Ezra Miller and Eddie Redmayne on the set of Fantastic Beasts: The Crimes of Grindelwald? In a word: Magical. From walking through the streets of an expertly constructed and eerily clean version of 1920s Paris at Warner Brothers Studio in Leavesden to spending just shy of an hour hanging out in Redmayne’s trailer, my day on set was better than any trip to Hogsmeade.

Redmayne and Miller were excited to discuss the movie, albeit with some trepidation: “It’s so weird when you have literally not talked about something before, so you haven’t clarified your thoughts on it,” Redmayne admitted to me.

Both actors had been briefed on what they could and couldn’t discuss, and more than once I was sternly reminded to keep the secrets. In spite of the pains gone to by the both cast and crew to keep me in the dark, I still observed enough to compile this list of mostly spoiler-free insights from my day:

Miller, who stars in The Crimes of Grindelwald as the mysterious wizard orphan Credence Barebone, blames his lengthy stay in the United Kingdom for his newfound addiction to tea.

“I’m addicted to tea—so thank you guys for that,” he told me as we chatted in his rather messy trailer on set. “The addiction to tea is completely tied to my being a temporary resident of the U.K. It’s a very serious practice out here and I’ve fallen into step.”

Harry Potter lovers rejoice: There’s a lot more Hogwarts in The Crimes of Grindelwald than there was in the first Fantastic Beasts movie.

“In this film we start to bring in a bit of Hogwarts, which I think will be great for the fans who missed not having so much of the Potter world in the first film,” producer Tim Lewis told me. “Our characters and where they work start to bring in Hogwarts and that world.”

The lengthier Crimes of Grindelwald trailer contains a short scene that takes place at Hogwarts, where a young Newt Scamander (Eddie Redmayne) faces a Boggart during a Defense Against the Dark Arts lesson taught by Albus Dumbledore (Jude Law). The Boggart shape-shifts to reveal Newt’s worst fear: working in an office.

The costumes are even more elaborate this time around

There are more than 1,000 costumes, including more than 400 coats, according to costume director Colleen Atwood—who won an Oscar for her inventive designs for Fantastic Beasts and Where to Find Them.

Baby Nifflers are a thing now

If you couldn’t get enough of Scamander’s naughty niffler—fluffy magical creatures that are attracted to shiny objects—in the first movie, then you’re in for a treat. Yes, baby nifflers are making an appearance in The Crimes of Grindelwald.

“I’m dead excited about the baby nifflers,” Redmayne told me as we chatted in his spotless trailer—a striking contrast to Miller’s. “Certainly one of my favorite scenes of the film is the arrival of the babies… [maybe because] I have a 15-month-old myself.”

Harry Potter author J.K. Rowling’s role as writer and producer of the Fantastic Beasts franchise means she’s involved with all aspects of the production, from viewing rushes to visiting the set.

Does the mood change when Rowling is around? “There’s maybe some heightened nervousness, but she’s so positive about the whole aspect [of the filming] and she enjoys looking at what she’s produced and seeing the world in her head and on paper come alive,” Lewis said.

“She’s integral to the whole thing: it’s her world, her idea, her story, but by being producer as well she gives a lot of input. We’ve always gained her approval on everything we do before we do it.”

The set designers were inspired by the Pantheon in Rome

The Fantastic Beasts set design team used the ancient Roman Pantheon (built between AD 118 and 125) as inspiration for the underground amphitheater seen in the movie.

It’s not the only set that was inspired by or based on a real building or location. The real Place de Furstenberg (or Furstenberg Square) in Paris was identified by Rowling as the entry point to the French Ministry of Magic.

The famous Père Lachaise Cemetery of Paris also informs one particularly climactic scene in the movie—although Highgate Cemetery in north London was used as a filming location.

The actors are in the dark about almost everything

There are five films in the Fantastic Beasts franchise—but only a select few know what Rowling’s planning for the future installments. Even major cast members are unsure about their characters’ fates.

“It’s weird not knowing what the future’s like for Newt,” Redmayne told me. “We know that he and Tina lived together and he survived this period, but I suppose he may disappear from the story. You never know what’s coming, but that’s kind of the thrill of it.”

That said, Rowling does provide actors with their character’s backstory, on a need-to-know basis. “[When I asked about Newt’s relationship with other characters] Jo would write these two-page stories about what our history was,” Redmayne said. (When asked whether he’s kept any of these limited-edition Rowling tales, the Oscar-winning actor admitted he had.)

It turns out the actors don’t get printed copies of their scripts. A special exception was made for Redmayne: “I found it impossible because the amount of time you spend with a script when you’re making a film,” he said, gesturing to a tatty red document. “So they printed it out for me on non-photocopy paper. I’m not allowed to take it off set, it’s locked away.”

As the movie scripts are electronic only (with the noteworthy exception of Redmayne), hacking poses a major threat to those attempting to keep the Fantastic Beasts secrets, well, secret.

“As we know, things can be hacked. Disney got hacked. It’s always a worry but you hope the systems you put in place do what they’re meant to do… nothing’s fool proof [though],” Lewis told me.

The crew is enormous

According to Lewis, there are around 600-700 permanent members of the crew, and 200-300 could be working on any given day. Clearly a lot of people are needed to make the magic happen.

Director David Yates runs his set like a “monastery”

Well, at least according to Miller—who waxed lyrical about the acclaimed director. “I often think of David as some sort of monk,” he told me. “He has this incredible peace in his countenance. And he maintains that calm focus through all circumstances.

“He keeps his set like a monastery—I’ve never been on an [independent movie] set with 30 people, let alone a 300-person moving machine set, that is so quiet you could hear a pin drop.”

A major fan theory after Fantastic Beasts and Where to Find Them came out concerned Modesty Barebone (Faith Wood-Blagrove), the younger sister of Credence.

But let’s not get ahead of ourselves: “I think that even if [Modesty] is not in this film, I wouldn’t rule [it out her being in a future Fantastic Beasts film],” Redmayne said.

Dan Fogler is great with the magical creatures

But Redmayne, not so much. “I was pretty shoddy in the last film,” he told me. “I remember when I was cast saying to David Yates ‘I have a really atrocious imagination and will need to do lots of work’.

“So I did months with puppeteers and going to zoos and taking it ridiculously seriously, and then Dan Fogler [who plays the U.S. muggle Jacob Kowalski] came along and was so much better at it than I was.” Not that it’s a competition. 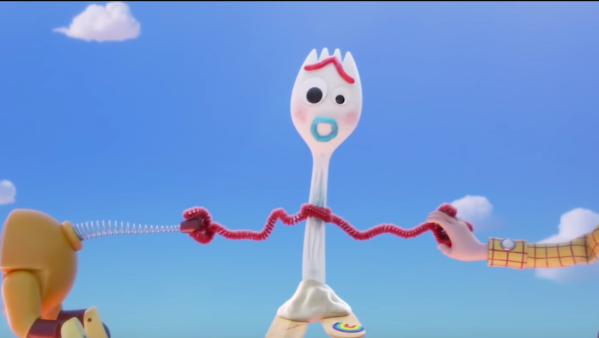