Omega-3 fatty acids, abundant in fish oil, are known to be good for the heart. Studies have shown that people who eat more fish rich in these fats have lower rates of heart problems and less risk of dying from heart disease compared to those who eat less. Those data have fueled a booming business in over-the-counter fish oil supplements.

In a new study published in the New England Journal of Medicine, and presented at the American Heart Association annual meeting, researchers report that a highly purified version of omega-3 fats, called icosapent ethyl, can lower the risk of a number of heart-related events, including heart attack, stroke and angina. It can also reduce the risk of dying from heart problems.

The icosapent ethyl in the study is approved by the Food and Drug Administration (FDA) to treat extremely high triglyceride levels and is sold as capsules known as Vascepa. In a previous study in Japan, researchers found that people with high cholesterol levels who were taking the drug to lower triglyceride levels, along with a statin to lower cholesterol, had a 19% lower risk of having a major heart event than people who were just taking statins. That study, however, did not have a rigorous control arm, which meant the results remained questionable. So the researchers in the current study created their trial, called REDUCE-IT, and randomly assigned people to receive the omega-3 capsules or placebo. The study was supported by Amarin Pharma, which makes the drug.

The trial included more than 8,000 men and women who were followed for nearly five years on average. After that time, people taking the omega-3 capsules twice a day had a 25% lower risk of having a heart attack, stroke, angina, stenting or dying from heart problems compared to people assigned to take a placebo.

“What surprised me was that there were a bunch of things that were favorably influenced by the omega-3 drug that we wouldn’t expect,” says Dr. Deepak Bhatt, executive director of interventional cardiovascular programs at Brigham and Women’s Hospital and lead author of the paper. “This drug is affecting multiple different endpoints. I can’t think of another cardiovascular drug that hits all those different types of endpoints.”

For one, he says, people taking the drug showed lower rates of stroke, a condition that occurs when blood flow to the brain is compromised. In addition, the drug group also had lower rates of stenting and bypass surgery, which is required to open blocked vessels in the heart.

The multitude of effects found in the study may hint at the untapped benefits of fish oil on the body, which future research may reveal in more detail.

For now, however, Bhatt cautions that the findings do not apply to the fish oil supplements currently on the market. Those contain varying doses of different types of omega-3 fatty acids. The drug in the study is a specific formulation of purified eicosapentaenoic acid (EPA) and is available by prescription only. Over-the-counter omega-3 supplements contain differing proportions of EPA and another type of omega-3 fatty acid, docosahexaenoic acid (DHA).

“It would really be a mistake to extrapolate these results to fish oil supplements in general,” says Bhatt. “There have been a number of studies done with mixed EPA and DHA preparations that have found no heart benefit.”

The study included people who have a history of heart problems, including heart attack, as well as those who might be at high risk of heart issues but have not yet had a heart event, such as people with diabetes or people with blockages in heart vessels who don’t show any symptoms yet. They also had varying levels of triglycerides, which allowed Bhatt and his team to determine if the drug was working mainly by lowering triglyceride levels. That does not seem to be case, since both people with lower and higher levels of triglycerides seemed to show reduced heart risk. The benefit also seemed to apply to people with higher and lower levels of “bad” cholesterol (LDL) as well.

It’s possible that the omega-3 drug may be acting by stabilizing cell membranes, which can lower risk of irregular heartbeats and sudden cardiac arrest. Omega-3 fatty acids may also prevent or even eat away at plaques that build up within heart vessel walls and can eventually rupture and cause a heart attack.

That means that “for a lot of patients, this may be a great way to further reduce their [heart] risk,” says Bhatt. “It may likely apply to millions of patients worldwide.”

Bhatt says that he is already considering the drug for many of his patients. But it is currently approved only for people with extremely high triglyceride levels; prescribing it for anyone with lower levels or for other reasons — including the benefits found in this study — would be considered off-label use. That means patients who take the drug have no scientific guarantee that they will enjoy the same benefits as found in the study, since the FDA has not evaluated the findings and any other available data.

Based on the study results, however, Bhatt feels the off-label use is justified to help more people lower their risk of heart events, especially since he found few negative side effects. “We studied 8,000-plus patients for an average of five years and have a pretty good database, not just of effectiveness but also of tolerability and safety,” he says. 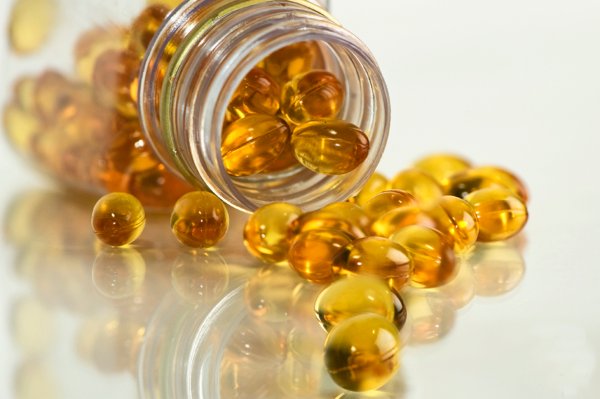 Fish Oil and Vitamin D Supplements May Not Help Prevent Heart Attacks and Cancer, Study Says
Next Up: Editor's Pick