A malfunctioning heater was the source of reports of an active shooter at Topsail High School in North Carolina, according to a local official.

Collins said popping from the malfunctioning heater “sounded just like an AR-15 [semiautomatic rifle] going off.”

The school confirmed the situation was a false alarm. “There was a report of an active shooter situation at Topsail High School this morning after noises were heard coming from the top of the building,” said Pender Schools on Twitter. “Law enforcement responded immediately and it has been determined there is no shooter and no weapon.”

The panic resulted in Topsail and a number of surrounding schools being put into lockdown.

At around 7 a.m., sheriff’s deputies in North Carolina responded to reports of an active shooter at the school, about 20 miles north of Wilmington.

Pender County Schools initially confirmed the reports of the shooter and said the district was “taking all precautions to ensure the safety of students and staff.”

An emergency dispatcher with the Pender County Sheriff’s Office told TIME that multiple units were on scene at the school as of 7 a.m. Friday.

“It’s extremely busy right now. All of our units are trying to take this person into custody,” the dispatcher said.

Capt. James Rowell, of the Pender County Sheriff’s Office, said no injuries were reported, according to local media WWAY-TV in Wilmington. 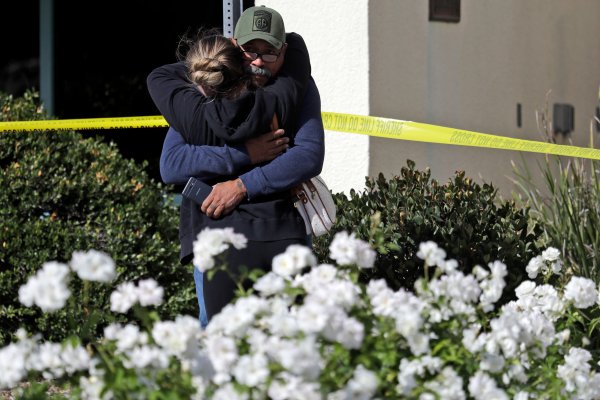 These Are the Borderline Bar Shooting Victims
Next Up: Editor's Pick