Deputy Told Wife 'I Love You. I'll Talk to You Later' Before He Was Killed in Thousand Oaks Bar Shooting

The Ventura County sheriff’s deputy killed in the mass shooting at a California bar was on the phone with his wife when he got the call about the incident.

Sgt. Ron Helus, who spoke to his wife multiple times during every shift, told her “I’ve got to go handle a call. I love you. I’ll talk to you later,” Ventura County Sheriff Geoff Dean said Thursday.

Helus, a 29-year veteran of the sheriff’s office, arrived at Borderline Bar & Grill within two minutes of the first 911 Wednesday night. When he entered the bar and confront the gunman, he was shot multiple times.

A California Highway Patrol officer rescued him from the gunfire, but Helus later died at the hospital.

Eleven other people were killed when Ian David Long, a 28-year-old Marine veteran, opened fire during a college country night event at the popular bar in Thousand Oaks, Calif.

“He was totally committed,” Dean said, noting that Helus was looking to retire in the next year. “He gave his all. Tonight, as I told his wife, he died a hero. He went in to save lives, to save other people.”

Dean, who counted Helus as a friend, grew emotional while describing the officer’s last moments. 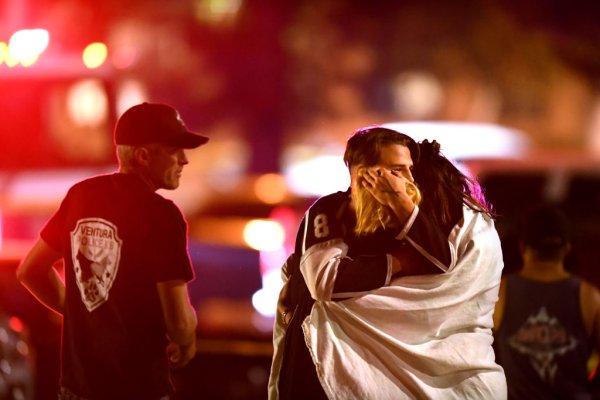 Borderline Bar Gunman May Have Had PTSD
Next Up: Editor's Pick