Diego Luna on Narcos, Mexican Cinema and the Conflict at the Border

The actor and humanitarian takes on a violent chapter of his home country’s history as a notorious drug lord in Narcos: Mexico

Why is now the right time to tell the story of how Mexico’s drug war started?

There’s an urgency to stop this violence in my country. It’s impossible to understand how things got this bad if we don’t look back. This particular time [in the mid-1980s] defines a lot of the relationship between Mexico and the U.S. and is important to understanding what has been done on both sides of the border to get to this mess.

The story centers on the 1985 murder of DEA agent Enrique “Kiki” Camarena, which took place when you were 5 years old. Do you have any memory of seeing it in the news?

It’s been interesting to do this project because I’ve had to go back and remember this time from the perspective of an adult. I learned more about it in the mid-’90s when I was in school and I cared about politics. I was finally waking up.

The show suggests that people wanted to pretend the drug war wasn’t happening, despite rampant killings. Is that still true?

No. Today, the problem is that things have become much more complicated. These characters built a perfect structure that involved every level of power in this country and on the other side of the border. When that structure fell apart, violence got out of control. Now the military is in the streets doing internal security, and that’s very dangerous. It’s clearly a crisis. We’ve been living in a war zone in Mexico.

President Donald Trump’s response to the migrant caravan is dominating headlines. How is the Mexican government handling the situation?

Really poorly. But this is not new–Mexico deports more Central Americans than the States. There are so many humanitarian efforts to help migrants, but as a country, we’re far from taking care of them. We’re the most dangerous part of their travel to the border. And yet we are urging the States to take care of them. Mexico pretends to be a country that cares about the poor. But it’s just show.

You’ve been an outspoken critic of outgoing President Enrique Peña Nieto. Do you have any hopes for President-elect Andrés Manuel López Obrador, a leftist?

A long time ago, I lost hope for the people who work from inside the government. My only hope is in citizens of this country being loud and speaking out. That is something I do celebrate from the past election. I’m not necessarily saying I celebrate the next President, but it’s an impressive turnout and a big majority saying, “We need to change.”

You’ve been courted to run for office but declined. Why?

I love what I do. I love telling stories. I believe it’s a really powerful tool. Cinema has changed my perspective on things that I believe make me a better and richer person, and I still have a lot to explore and to say.

Mexican directors have won four of the past five Best Director Oscars. Is this a new golden age of Mexican cinema?

Of Mexican voices. We’ve got to be careful saying it’s a golden age of Mexican cinema. I go to cinemas in Mexico, and it’s tough to find Mexican films there. The problem with our industry is that it’s a reflection of the country we’re living in. What has happened is that the voices are very sharp and eager to talk. That’s why you see so many Mexican directors doing great films around the world.

You’re in Barry Jenkins’ new film, If Beale Street Could Talk, adapted from James Baldwin’s 1974 novel about a wrongly convicted black man. Why did this story resonate with you?

The story is so relevant today. The day before I saw it in New York, I saw a documentary in Mexico about someone who was in jail because of the wrong reasons, and it felt so connected. If Beale Street Could Talk was based on a book written decades ago. But we don’t seem to understand. We still don’t seem to get it. 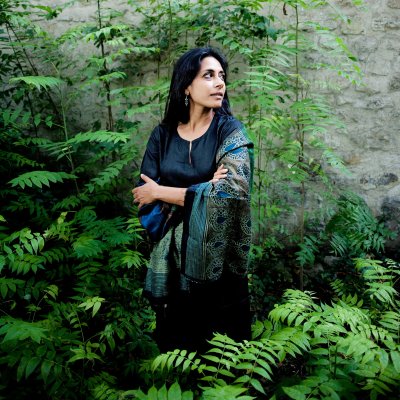 The Personal Gets Political in the Masterful New Novel All the Lives We Never Lived
Next Up: Editor's Pick