First Victims Identified: The Latest on the Borderline Bar Shooting in Thousand Oaks

At least 12 people were killed, including a sheriff’s deputy, when a gunman entered a crowded bar during a “college country night” event and opened fire in Thousand Oaks, Calif., late Wednesday.

Witnesses said that the gunman, who police identified as 28-year-old Marine veteran Ian David Long, threw smoke bombs and shot the bouncer and a cashier before opening fire on patrons at Borderline Bar and Grill at about 11:20 p.m. local time. About 60 people were inside the bar at the time of the shooting, police said.

Witnesses inside described a chaotic scene, including people throwing bar stools through windows to clear an escape path. One woman said her friend threw her over a wall to get her out of harm’s way. Others hid under pool tables and in bathrooms. The entire shooting took about two and a half minutes, police said.

The California Highway Patrol Officer “secured the perimeter” and then rescued Helus “out of the line of the gunfire,” Dean said. Helus later died at a local hospital.

When other officers made entry into the bar about 15 minutes later, they found a bloody scene with 11 victims dead, Dean said. The gunman was also dead from an apparent self-inflicted gunshot wound.

Dean said this morning that the bar looked “like hell” after the shooting.

In addition to the dead, one person received a minor gunshot wound and eight to 15 people were hurt escaping the bar in the chaos.

Helus was a 29-year veteran of the sheriff’s office who was hoping to retire next year. Dean said Helus, 54, was his friend and the two often worked out together.

“Ron was a hard-working, dedicated sheriff’s sergeant. He was totally committed. He gave his all, and as I told his wife tonight, he died a hero because he went in to save lives, to save other people,” Dean told reporters, his voice cracking as he spoke.

Police said that off-duty law enforcement officers happened to be at the time of the shooting. The officers were unarmed, but tried to help the bar patrons during the assault.

Helus is survived by a wife and a son.

Alaina Hously, an 18-year-old student at Pepperdine University, was killed during the shooting. Her aunt and uncle, the actress Tamera Mowry and former Fox News reporter Adam Housley, confirmed her death in a joint statement.

“Our hearts are broken. We just learned that our niece Alaina was one of the victims of last night’s shooting at Borderline bar in Thousand Oaks,” the statement read. “Alaina was an incredible young woman with so much life ahead of her and we are devastated that her life was cut short in this manner. We thank everyone for your prayers and ask for privacy at this time.”

Adam Housley had shared his worry about his niece on Twitter in the hours since the shooting, saying that she is a “beautiful soul” and asking for prayers.

Alaina Hously’s suitemate, who lists her name as Ashley, also took to Twitter to say that her friend was missing.

“Pls pray for my residence hall, a handful of girls went to line dance tonight and they’re not all accounted for,” Ashley wrote.

“Cal Lutheran wraps its arms around the Meek family and other families, and around every member of this community of caring,” the university said.

Jason Coffman told reporters that he had learned from police that his son, 22-year-old Camarillo resident Cody Coffman, was killed in the bar.

Cody Coffman loved sports and fishing, and was preparing to join the Army, Jason Coffman said.

“I just want him to know he’s going to be missed,” Jason Coffman said.

He added that Cody Coffman will be particularly missed by the young man’s three younger brothers.

Jason Coffman said that his son’s friends had knocked on the family’s door at around 1 a.m. to say that they had been at the bar with Cody, but that they had not seen him leave.

Cody Coffman was the first victim inside the bar to be named. Authorities announced Helus’ death early Thursday.

Witnesses reported a chaotic scene inside the bar after the gunman began shooting.

“All of a sudden you hear the bang bang of the gun shot and it just started going crazy,” one woman who was inside the bar told reporters. “We didn’t take it seriously at first because it just sounded like firecrackers.”

“Everyone just dropped down onto the floor. We couldn’t get out because the shooting was on that side,” she continued. “So our friends got the bar stools and started slamming them against the window so we could get out.”

A man who was near the front door when the shooting began told ABC 7, “I was talking to my stepdad and I just started hearing these big pops. I look up and the security guard was shot.”

“The gunman was throwing smoke grenades all over the place. I saw him point to the back of the cash register. And he just kept firing.”

Another witness told ABC 7, “I should have stayed until he changed his clip, but I was worried about my boy. I probably should have stayed. I apologize to anybody who got hurt. I’m sorry. They’re so young. I’m 56. This shouldn’t have happened to them.”

Police said today that Ian David Long, 28, is a Marine Corps veteran. Long lived with his mother in Newbury Park, Calif., police said. Police said that they believe that Long may have been affected by post-traumatic stress disorder, but that they have not yet determined his motive.

An FBI official said investigators are working to determine Long’s motivation, looking into his state of mind leading up to the shooting, whether there was any potential radicalization and whether Long had any associates. FBI officials added that they are currently examining Long’s vehicle and Newbury Park, Calif. residence.

After walking inside the Borderline Bar and Grill, Long threw a smoke bomb and carried out the bar shooting with a legal Glock 21 .45-caliber handgun, police said. The gun is designed to hold ten rounds and one in the chamber, but Long’s gun had been illegally modified with an extended magazine.

Witnesses and authorities described the gunman as wearing dark clothing and staying silent while firing inside the bar. A witness told CNN the shooter wore a black trench coat and eyeglasses and had a black beard.

Investigators with the FBI and Ventura County Sheriff’s Office have not identified the shooter or explained the shooter’s motive. Police have secured Long’s house for their investigation.

Police said that Long had been involved several incidents where law enforcement were called.

In April, police had investigated a “disturbance” at Long’s home, and a mental health crisis team had assessed Long’s condition. The specialist determined at that time that Long did not appear to qualify for involuntary commitment under California law, police said.

“He was somewhat irate, acting a little irrationally,” Dean said.

According to the Associated Press, that specialist assessed Long but concluded he couldn’t be involuntarily committed for psychiatric observation and he was cleared that day.

Dean also said the specialist was also concerned that Long might be suffering from post-traumatic stress disorder “basing that (on) the fact that he was a veteran and had been in the Corps,” per the AP.

Long was also a victim of a battery at a local bar in 2015, police said.

Long served in the Marine Corps and was trained as a machine gunner from 2008 to 2011. He was deployed in Afghanistan from November 2010 to June 2011, according to the Marines.

Newbury Park resident Winnet Blake, who had been Long’s roommate, said he was shocked when he found out about the news.

“He was just quiet and kept to himself, he was just a roommate,” Blake tells TIME. “I was shocked, I was like ‘what the hell this is crazy.’”

The two were roommates two separate times, once in Ventura County for eight months and then again for a year and a half in Los Angeles County. Blake said the last time they were roommates was two years ago.

Blake added that while the two lived together Long mostly kept to himself. Blake said Long served in the Marines but, to his knowledge, he did not keep guns around the apartment and he was not aware if he was politically active.

“That’s not something we spoke about.” Blake said.

According to the Associated Press, Long’s mother, Colleen, posted Facebook photos of her son wearing his military uniform in 2010 and 2011.

Another photo from 2014 shows Long with his arm draped around his mother in front of Dodger Stadium. The two were wearing Dodgers T-shirts and smiles, AP said.

It was college country theme night at Borderline Bar & Grill, and multiple Pepperdine University and California Lutheran University were inside the bar at the time of the shooting.

“The University has learned that multiple Pepperdine students were at the venue at the time of the shooting, including students from Seaver College and the School of law,” reads a statement from the university.

Borderline Bar & Grill hosts “College Country Night” every Wednesday from 9 p.m. to 2 a.m., according to its website.

Police are still working to identify all of the victims killed during the shooting.

Police Honor One of Their Own

Helus was a 29-year veteran of the Ventura County Sheriff’s office.

Officers from the sheriff’s office lined the medical examiner’s office’s driveway to salute their fallen comrade.

Dean said that Helus’ death was a major loss for the sheriffs office.

President Donald Trump said he’d been briefed on the news of the shooting.

“My heart aches,” she wrote. “I’m thankful for the heroic actions of law enforcement but heartbroken that they lost one of their own.”

The original version of this story misstated the time that the shooting began. It was 11:20 p.m. local time Wednesday, not 11:20 a.m. 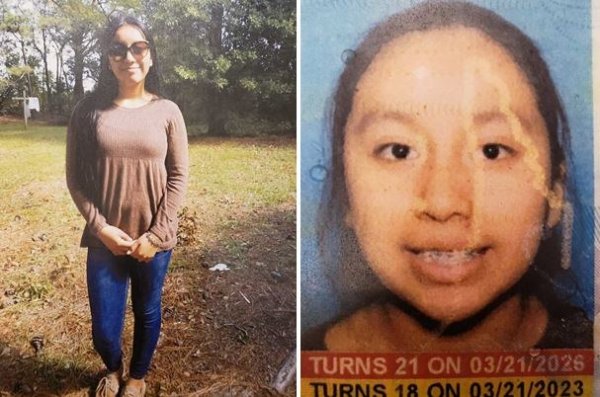