Senate Minority Leader Chuck Schumer was in the middle of giving his post-election spiel to reporters when the news broke of Attorney General Jeff Sessions’ firing.

After he was speaking, he was handed a note telling him what had just happened. “Oh,” he said. Then, bracing for the inevitable questions from reporters, he gave his immediate reaction: “protecting Mueller and his investigation is paramount,” he said. “It would create a constitutional crisis if this were a prelude to ending or greatly limiting the Mueller investigation. And I hope President Trump and those he listens to will refrain from that.”

Schumer then declined to take additional questions from reporters on this subject until after discussing the election, and only opined that he thought the timing was suspect. He later issued a statement calling for Sessions’ interim replacement, Matt Whitaker, to recuse himself from overseeing the investigation. Sessions had recused himself from the probe, giving oversight to his deputy Rod Rosenstein. The shakeup means that Whitaker will likely assume that responsibility.

Schumer’s immediate referral to Special Counsel Robert Mueller’s investigation was a contrast with Senate Majority Whip John Cornyn, the first lawmaker to issue an official statement. Although Cornyn strongly defended Sessions’ work both in the Department of Justice and as a longtime Alabama Senator, there was no mention of Mueller’s probe or the potential implications surrounding it.

As more reactions flowed in, both parties seemed to mimic the initial responses of Schumer and Cornyn: Democrats expressed alarm – with House Democrats immediately threatening to investigate the termination when they took control of the chamber in January – while Republicans praised Sessions personally, but showed no public concern for preserving the Russia probe.

Senate Majority Leader Mitch McConnell, who had said Wednesday morning that he expected the Senate’s next term to be focused on confirmations – “its not up to me to tell the President to put in a cabinet,” he told reporters – followed suit with his own statement wishing Sessions well and praising his “steadfast commitment to the rule of law.” But he made no mention of Whitaker, Mueller, or the investigation. Judiciary Chairman Chuck Grassley mentioned Whitaker, but only in the context that he looked forward to working with him. And Republican Sen. Lindsey Graham of South Carolina, who once said there would be “holy hell to pay” if Trump fired Sessions and was thought to be a contender for his replacement, tweeted out his desire to work with the president to find a successor – making sure to note that he had no interest in the position.

“I look forward to working with President @realDonaldTrump to find a confirmable, worthy successor so that we can start a new chapter at the Department of Justice and deal with both the opportunities and challenges our nation faces,” he tweeted.

On the House side, current Republican leaders who had spent the morning announcing what they would run for in the minority party also did not issue immediate statements. (Kevin McCarthy had announced he was mounting a run for minority leader and Steve Scalise as whip). But it became clear Democrats intended to use their newfound majority to investigate what had transpired. Three of the likely chairmen of the committees wth the most high profile investigative and oversight power – Rep. Elijah Cummings on Oversight and Government Reform, Rep. Jerrold Nadler on Judiciary, and Rep. Adam Schiff on intelligence – immediately demanded answers and vowed accountability.

“We are immediately issuing multiple letters to key officials demanding that they preserve all relevant documents related to this action to make sure that the investigation and any evidence remains safe from improper interference or destruction,” Nadler said in a statement. “The American people understand that no person is above the law and have demanded accountability from their government.” 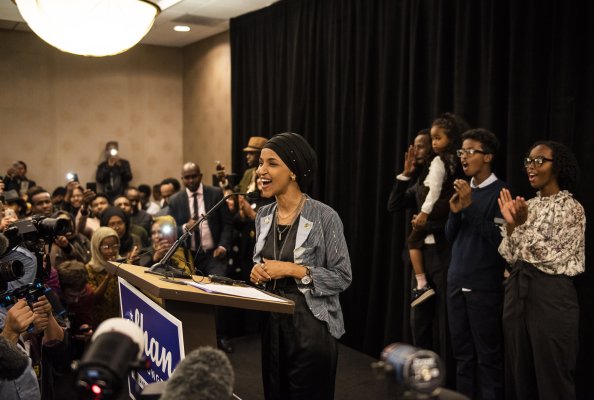 Here's What Democrats Plan to Do First
Next Up: Editor's Pick