President Donald Trump’s pick to replace Attorney General Jeff Sessions has repeatedly voiced skepticism of the special counsel investigation into Russian meddling in the 2016 election, once even outlining a way to undercut it.

“Those same codes of special regulations govern the budget of the Special Counsel and that is well within the power of the Attorney General. So I could see a scenario where Jeff Sessions is replaced with a recess appointment and that Attorney General doesn’t fire Bob Mueller, but he just reduces his budget so low that his investigation grinds to almost a halt,” Whitaker said.

Trump announced on Twitter Wednesday that Sessions was resigning and that Whitaker, Sessions’ chief of staff, would replace him as acting attorney general. The news came less than a day after midterm elections in which Democrats gained control of the House of Representatives while Republicans expanded their majority in the Senate.

A Department of Justice spokeswoman seemed to indicate that Whitaker would not recuse himself from the Russia probe.

“The Acting Attorney General is in charge of all matters under the purview of the Department of Justice,” spokeswoman Sarah Isgur Flores told TIME on Wednesday.

Sessions and Trump had a contentious relationship after Sessions recused himself from Mueller’s probe into 2016 election meddling.

Whitaker, a 49-year-old Iowa attorney, was hired by Sessions in September 2017 to serve as his Chief of Staff. Prior to his arrival at the Justice Department, Whitaker worked as a partner at Des Moines-based law firm Hagenow & Gustoff LLP. He served as U.S. Attorney for the Southern District of Iowa under President George W. Bush.

In 2014 Whitaker ran an unsuccessful primary campaign in Iowa for Senator but lost to Republican Joni Ernst.

Whitaker studied business and law at the University of Iowa and was a starting tight end for the Iowa Hawkeyes in the 1991 Rose Bowl.

During that same July 2017 CNN interview, Whitaker suggested that a Sessions resignation would be honorable.

“I don’t think Jeff Sessions, who is currently in his dream job as Attorney General, is going to do that. I think what ultimately the President is going to start doing is putting pressure on Rod Rosenstein who is in charge of this investigation as [Deputy] Attorney General and really try to get Rod to maybe even cut the budget of Bob Mueller and do something more stage-crafty than the blunt instrument of firing the attorney general and try to replace him,” Whitaker said.

In an August 2017 essay for CNN, he publicly denounced Mueller’s investigation. The piece was titled “Mueller’s Investigation of Trump is Going Too Far.”

In it he, says that Mueller is crossing a “red line” by looking into Trump’s financial records, which he says have nothing to do with Russian election meddling.

“It does not take a lawyer or even a former federal prosecutor like myself to conclude that investigating Donald Trump’s finances or his family’s finances falls completely outside of the realm of his 2016 campaign and allegations that the campaign coordinated with the Russian government or anyone else,” Whitaker wrote. “That goes beyond the scope of the appointment of the special counsel.”

Whitaker also said that if Mueller wanted to continue his investigation into Trump’s finances, he should return to Rod Rosenstein for additional authority to address concerns the investigation was not a “witch hunt.”

“If he were to continue to investigate the financial relationships without a broadened scope in his appointment, then this would raise serious concerns that the Special Counsel’s investigation was a mere witch hunt,” Whitaker wrote. “If Mueller is indeed going down this path, Rosenstein should act to ensure the investigation is within its jurisdiction and within the authority of the original directive.”

In an interview with radio station WMAL in June of 2017, the former federal prosecutor also said that former FBI Director Jim Comey’s testimony to Congress about his interactions with Trump did not amount to serious evidence of obstruction of justice.

“There is no criminal obstruction of justice charge to be had here,” he said. “The evidence is weak. No reasonable prosecutor would bring a case on what we know right now.”

In a CNN appearance in July of 2017, he also voiced doubts that there was anything wrong with the Trump Tower meeting between Donald Trump Jr., Trump’s son-in-law Jared Kushner, campaign head Paul Manafort and a Kremlin-connected lawyer.

“I continue to believe it’s reckless to suggest that sort of the crime of the century has been committed here and it is slowly evolving in front of our eyes,” he said. 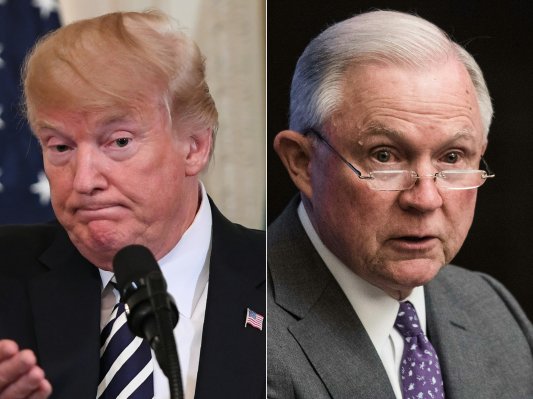